I had to read this article a couple of times. I’m shocked at the audacity of Pacific Gas & Electric.

PG&E had the nerve to request that California regulators allow its profit margins to be increased at the expense of ratepayers. PG&E is in bankruptcy. The public utility is responsible for the series of catastrophic wildfires which have burned through California.

PG&E stopped paying dividends to its shareholders in 2017.  So, who would benefit from the increase in profit margins?

Pacific Gas & Electric Co. and other California utilities can’t raise their profit margins even as they face billions of dollars in wildfire liabilities, the California Public Utilities Commission ruled Thursday. 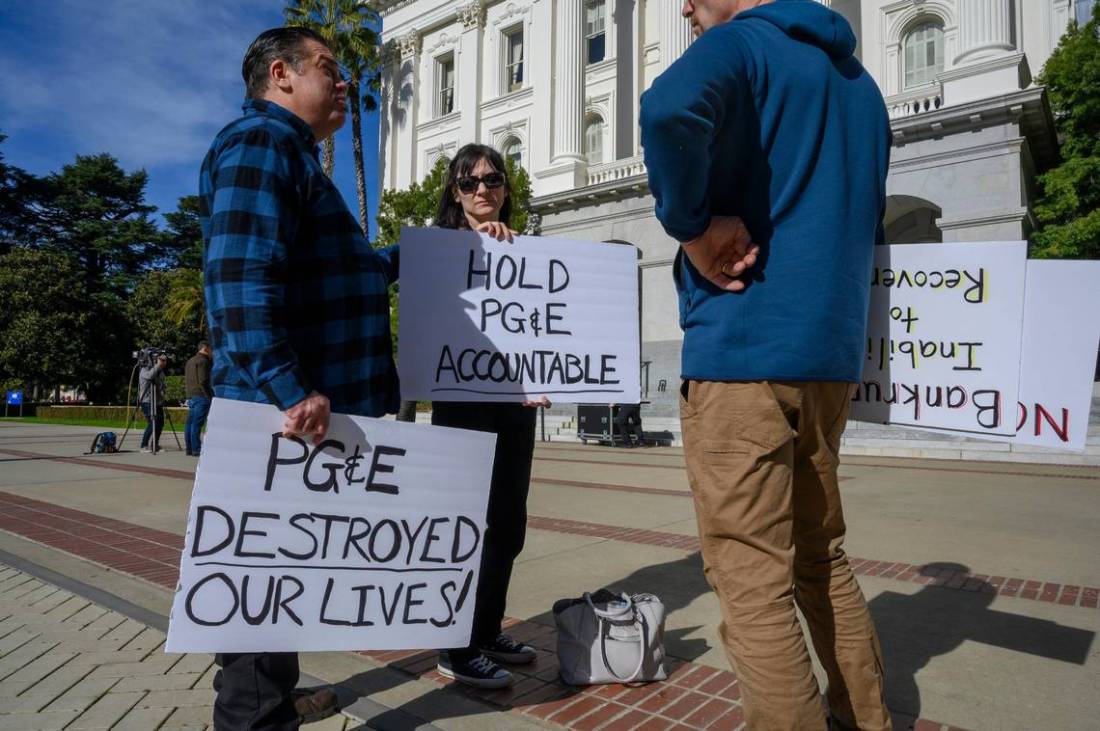 In response to the CPUC denial of a higher profit margin on Thursday, PG&E said it expects to invest $28 billion through 2024 to expand and protect its electric and gas infrastructure.

“We recognize that any increase to customer bills can be challenging, and PG&E is committed to keeping costs as low as possible while meeting our responsibilities to safely serve our customers,” the company said.

But the commission said new state policies such as a law passed this year that creates a $21 billion wildfire fund would help the utilities. It unanimously rejected the profit increase.

The decision blocks higher customer bills that could have started in January and means PG&E’s profit margin will stay at 10.25%. In April, PG&E sought to increase profit margins to 16%, with a monthly bill increase of 7%, or $7.85, for average residential electricity customer. The average residential gas customer would have seen a monthly 7.7% increase, or $4.25 per month.

People’s bills can rise due to other factors; PG&E didn’t have finalized information on other rate changes because other regulatory decisions haven’t been made.

Also on Thursday, PG&E Corp. CEO Bill Johnson testified in Washington before the Senate Committee on Energy and Natural Resources about his company’s vulnerability to wildfires and its efforts to prevent them.

Stanford researcher Michael Wara, who also testified at the Senate committee hearing, discussed PG&E’s use of planned blackouts to stop its equipment from sparking more fires. The outages in 2019 “likely cost customers more than $10 billion,” he said.

Johnson said it would take five years for PG&E to stop using large-scale blackouts, though he noted San Diego Gas & Electric was still using “surgical” outages 12 years after it began the fire-prevention measure.

The timeline Johnson outlined appeared to be shortened from an estimate he gave state utility regulators in October, when he said the blackouts could go on for a decade, though with diminishing reach.

“We do plan to underground more distribution lines … but this is not going to be a complete answer,” Johnson said.

Sen. Joe Manchin, D-W. Va., asked about the company’s financial strength given its bankruptcy: “Are you going to make it?”

“I’m not the Wikipedia of bankruptcy,” Johnson said, noting he’d only arrived at PG&E this year. He discussed the settlements the company had recently reached with wildfire victims, insurers and government bodies. “Who the eventual owner will be will be decided in Bankruptcy Court,” he added. He said the costs of the bankruptcy would not be borne by consumers, though they would shoulder some cost of upgrades planned before the bankruptcy filing.

Asked about climate change and PG&E’s shift to cleaner energy sources, Johnson said that “in the short term” the utility would “put safety first,” prioritizing infrastructure fixes and fire-prevention measures over clean energy, “but this will not get in the way of meeting California’s energy goals.”