This behavior is totally disgusting and unconscionable.

What kind of warped mind is at work to destroy beautiful and iconic art at one of San Francisco’s most venerable religious instiutions?

St. Mary’s Cathedral in San Francisco was targeted by a vandal who shattered or cracked nine of the iconic building’s oversized windows on Friday.

“It’s like somebody came up and just smashed, like that,” glass glazier Kent Kester said outside the church Friday afternoon, miming a swing with a mallet. As he spoke, workers hauled more than 2 tons of glass away. 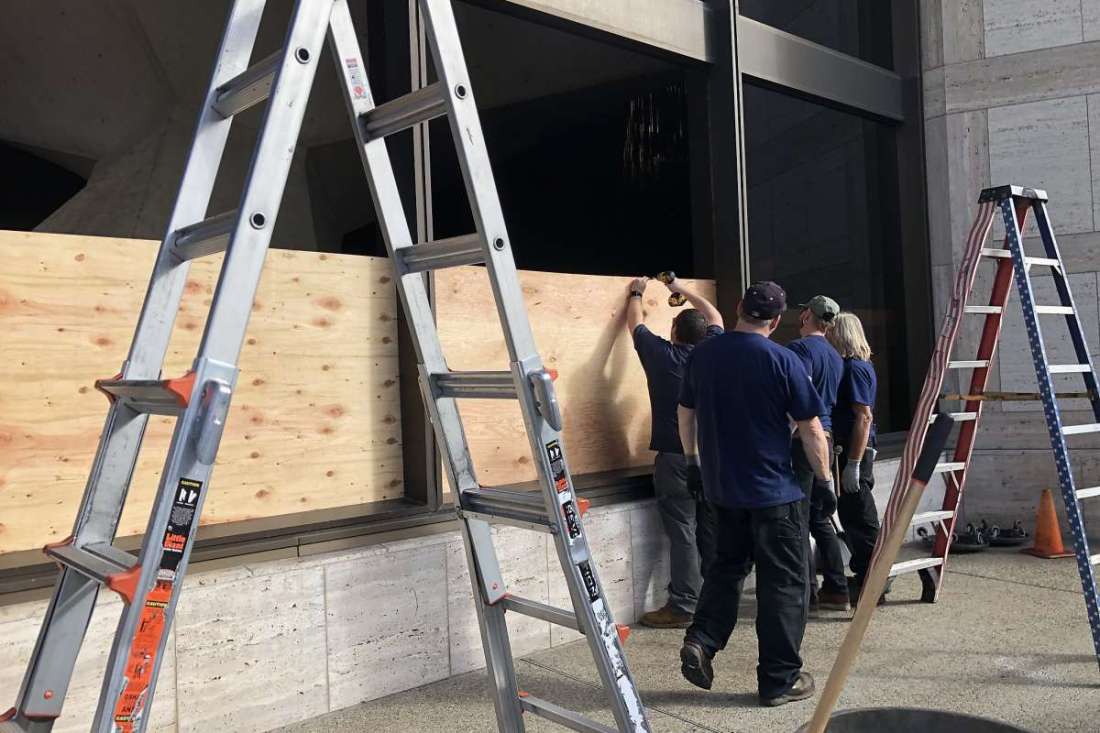 A person from one of the high rises across the street witnessed the lone vandal breaking windows around 1:30 a.m. and called police, according to Mike Brown, Director of Communication for the the Archdiocese of San Francisco.

A police spokesman said the suspect fled the scene prior to police arrival and there have been no arrests. The incident is under investigation.

Brown said the windows were broken around eye level, and added there were “plenty of security cameras that are being examined right now.”

“I wouldn’t be surprised if this was a half-million dollars,” Kester said.

Brown said another one of the church windows was broken in the last year or so, but said it wasn’t a regular occurrence.