The fantastic German series Babylon Berlin which takes a deep dive into Weimar as the Nazi regime ascends. It is must watching. In this election year where Trump continues to shred American institutions Babylon Berlin is a sobering, albiet fictionalized, account of life in a country where Nazi rule is on the horizon.

BERLIN — Described as continental Europe’s most expensive show ever, epic crime drama “Babylon Berlin” debuted on Sky’s streaming service on Jan. 24, now set in 1929, with a new murder mystery, based on “The Silent Death”, the second novel in Volker Kutscher’s trilogy, though the same intent: To trace with large artistic ambition yet historical accuracy the origins of Nazism.

A world premiere on Dec. 16 hinted, with its creators’ and cast comments, at what’s new, and the series’ growing relevance to the present day.

History did not turn out as Germans expected, at least in 1929. In Season 3 Ep. 1, Charlotte and her sister rehearse dreams for the future , Charlotte still intent on becoming Germany’s first female homicide detective. Audiences will watch with a glimmer of hope for her, but also with a sense of disquieted premonition. 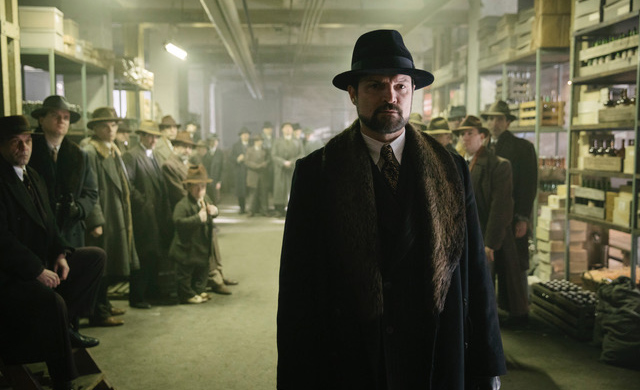 The series diverges from its source material as co writer-show runners Tim Tykwer, Achim von Borries and Henk Handloegten slow down the pace of historical events using the crime-driven plot to explore the social and political unrest of a time that is frequently overlooked due to the dramatic dimension of what comes immediately after.

When Tim Tykwer was at school, the Weimar Republic was pretty well skipped. You had to get onto Hitler immediately: “So many people ask when seeing the series,:’How can I know so much [about what happened] after 1933 and so little about the five years before, [given] how important they were?’”

Capturing the era, “Babylon Berlin” plays with genre, turning on an even more mysterious crime, dramatizing and nuancing events in shades of grey while holding true to history.

It’s no easy feat to examine the past. At a press conference in December in Berlin, all three directors stressed their sense of the responsibility as the series has become a point of reference -yes, that is the scale of the show- for Germany’s collective ideas about the Weimar Republic.

“It’s sort of exciting for us,” Tykwer commented.”It’s been a really popular show among young audiences in Germany. Many young people even see it in school.”

As Season 3 unfolds against the transition from cinema’s Silent Era of cinema to the talkies, we get to see three prominent directors of Germany’s current generation play with their own cinematic heritage as they enroll German Expressionism, giving nods back to films like Fassbinder’s “Alexanderplatz” and Lang’s “Mabuse,” – an approach that can also be felt in Tom Tykwer and Johnny Klimek’s score that carries a 1920’s essence but with a very modern edge.

This revisit of German cinema recalls Sigfried Kracauer’s classic study “From Caligari to Hitler” in which the exiled German author went as far to argue that the rise of fascism was embedded in a collective subconscious: Signs of it could be found in the cinema of the time. Whether his reading is correct or not, “Babylon Berlin” puts center-stage in its broad wide historical panorama the same question that originated Kracauer’s book: How can a liberal society fall to the forces of autocracy?

Some answers to that question were already given in Seasons 1 and 2, as Rath, Ritter and Councillor August Benda, head of the Berlin Political Police, fight what seems an increasingly lone battle against supporters of the covert rearmament of a Germany humiliated and brought to its knees by a punitive Treaty of Versailles.

Shot back-to-back on a budget of above €40 million ($44.4 million, at current exchange rates), Seasons 1 and 2 were sold by Beta Film to more than 100 territories. By jus before October’s Mipcom’s trade fair in Cannes, Season 3 had pre-sold to over 100 territories too – a remarkable performance – and is set to premiere not only on Sky in Germany and then the U.K. but also on ARD in Germany. It has closed the U.S. (Netflix), Italy (Sky and Rai), France (Canal Plus) and Spain (Movistar Plus). among some of its larger sales.