Kuan Yin, the beautiful statue of the goddess of compassion, rises tonight like the ancient Greek “Phoenix.” The new headless Kuan Yin obtains life from the ashes of her predecessor, the old complete Kuan Yin. The neighborhood has spoken. Vandals and degradation shall not remove the Peace of our neighborhood.

Several weeks ago mindless vandals destroyed the beautiful statue which has sat on the corner just three blocks from land’s end of San Francisco overlooking the Pacific Ocean.

The vandalism was akin to an unlawful assault on a neighborhood citizen.

The willful abuse provoked a heartfelt response of the mistreatment visited upon one of its neighborhood icons.

Kuan Yin is almost human in the adoration it draws from the citizenry.

Whether it be a vandalized work of art or a member of the neighborhood who is mistreated the people will speak out. 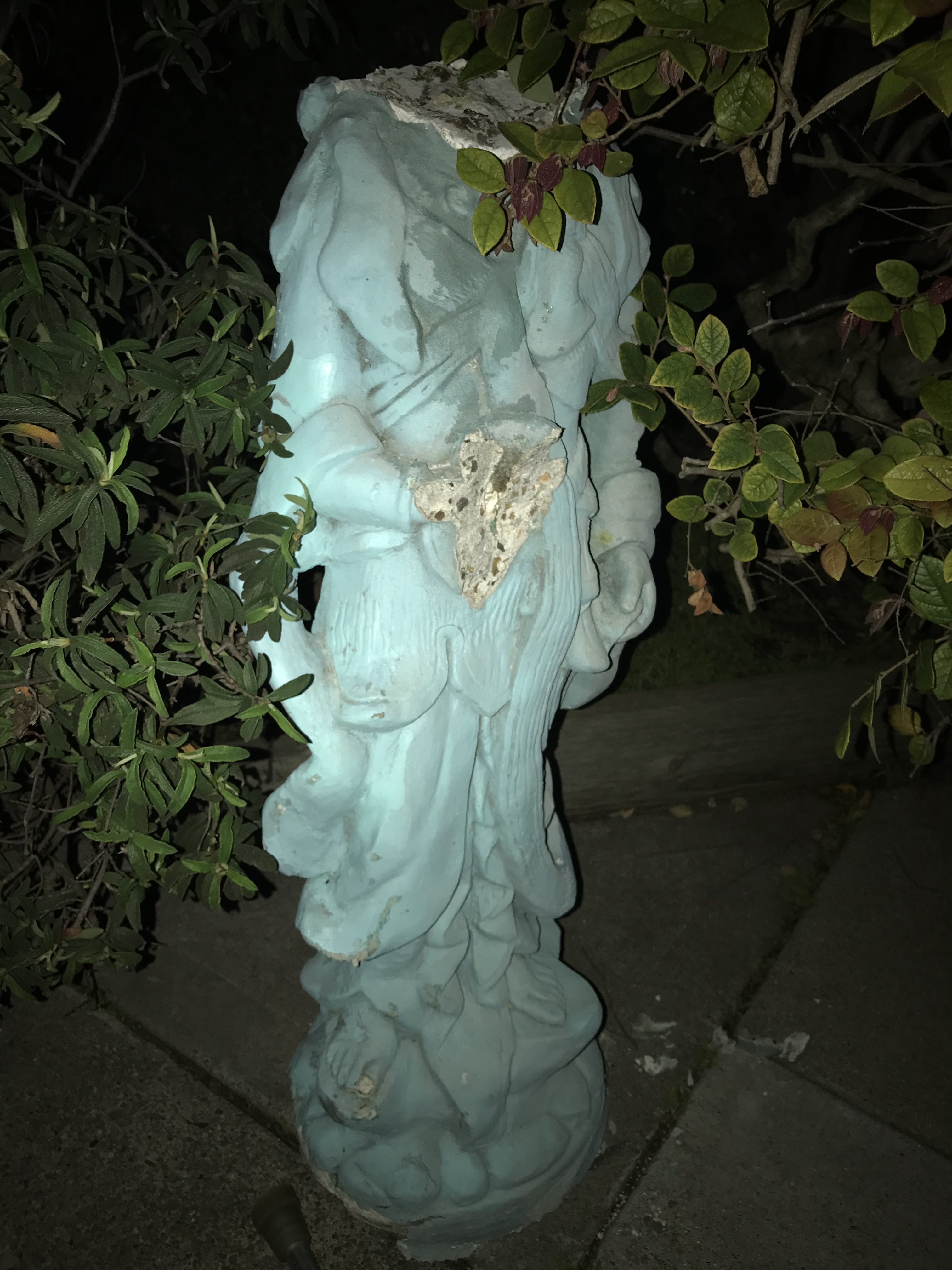