Chesa Boudin ran and was elected as District Attorney on a platform to reform and reprioritize the mission of his office.  During his first 51 days in office the new DA is keeping the promise to San Franciscans who elected him last November.

The district attorney’s office will no longer seek charges for contraband found during “pretextual” traffic stops and will not charge status enhancements that increase jail sentences, such as those imposed for gang membership or for having three strikes, Boudin said Friday.

The directives are intended to push police to implement reforms that were recommended by the U.S. Department of Justice in 2016 including taking steps to reduce racial bias in policing, he said.

“We urge the police to continue getting weapons off the street and enforcing traffic laws, but to do so in a way that is not racially motivated, and that does not continue to undermine the relationship between the communities where most crimes are committed and the police and law enforcement agencies that are sworn to serve and protect there,” Boudin said. 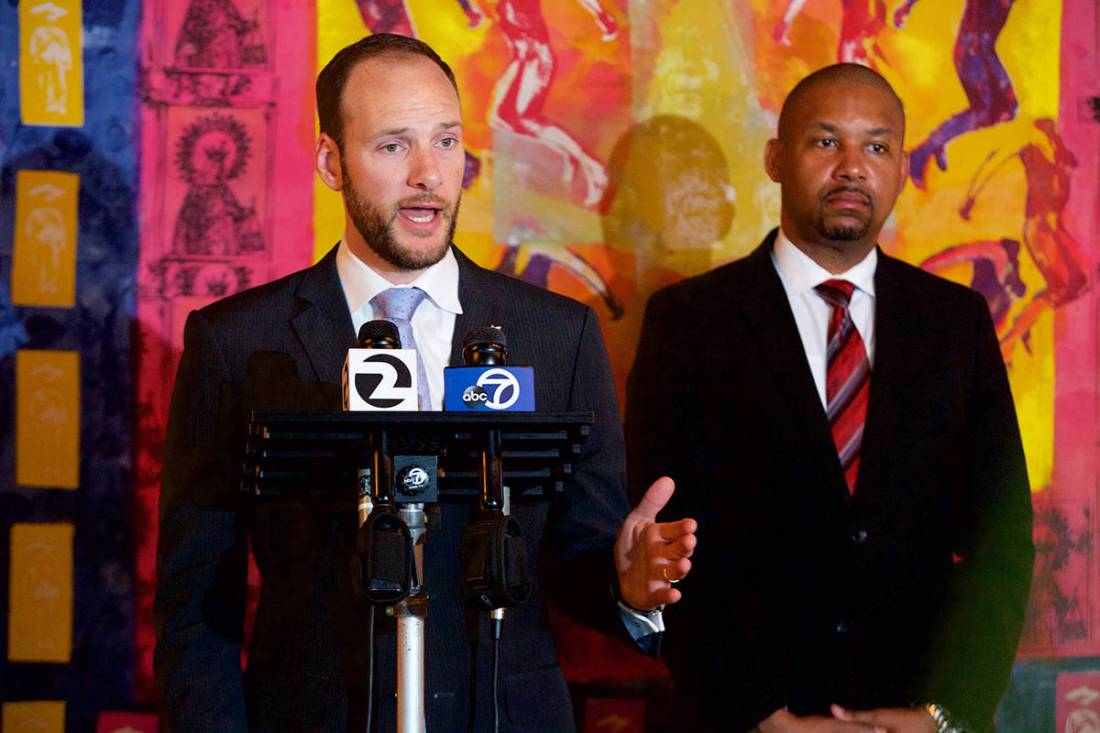 Boudin clarified that the pretextual traffic stop policy was aimed at minor infractions where contraband was seized during consent only searches. Exceptions would be made for circumstances where an officer was assaulted or the person evaded arrest.

Since 2016, the San Francisco Police Department has completed 16 percent of the 272 reforms recommended by federal authorities, including six related to racial bias. According to the DOJ report, African-Americans were pulled over in traffic stops in the City five times more than any other demographic, well out of proportion with their representation in the driving population.

Supervisor Shamann Walton, who represents the Bayview District and surrounding neighborhoods, said he personally experienced racial profiling when he was pulled over twice as a teenager. He said he was demeaned and called racial slurs by white officers.

“We know that racial profiling and implicit bias is real, we know that anecdotally and statistically,” said Walton, who came out in support of Boudin’s new policies. “Most racial profiling and implicit bias stops that happen in the city happen in my district. Police data will show you that disproportionately black people that look like me will be stopped and pulled over.”

Boudin promised to end the use of sentencing enhancements for perceived gang affiliations and third strikes as part of his campaign before he was elected in November 2019. He argued that said enhancements do not help recidivism rates, and said the focus of the criminal justice system should be on rehabilitation and healing.

In California, more than 45 percent of those serving a life sentence based on three strike charges are black, according to a Stanford University study.

“Enhancements sent me to the edge of hopelessness, I felt expelled from society,” said James King, who was sentenced to 25 years to life and received 5 years in enhancements in 2004, but had his sentence commuted by Gov. Jerry Brown in 2018.

Since taking office in January, Boudin has drawn harsh criticism from the San Francisco Police Officer’s Association, which even called for federal intervention to prosecute a man who was shot by a police officer when the DA’s office chose not to pursue charges. The union, which also spent more than $600,000 in a campaign against Boudin before he was elected, was characteristically critical of Friday’s announcement.

“In his short tenure, Chesa Boudin has demonstrated that he is a clear and present danger to the law-abiding residents, businesses and visitors of San Francisco,” said SFPOA President Tonya Montoya. “Chesa Boudin is emboldening criminals and we are all going to pay a steep price for his absurd policies.”

Boudin said he is willing to work with police in implementing the new policies.