It was an attack on the media and an outrage that San Francisco police raided the Richmond District home of a freelance journalist who leaked police reports following the February 22, 2019 death of the late Public Defender Jeff Adachi.

The SFPD front office could learn who was responsible for the illegal release of these reports to a friendly journalist.

Instead, the cops tried to cover their tracks by arresting the journalist.  The arrest with discharged by the District Attorney.

Now the taxpayers can foot the bill for another instance of SFPD misbehavior.

The city of San Francisco has agreed to pay freelance journalist Bryan Carmody $369,000 for illegal police raids on his home and office last year after he obtained from a source a police report on the death of Jeff Adachi, the city’s public defender.

The settlement of the claim is expected to be approved by the Board of Supervisors on Tuesday, paying Carmody back for his losses May 10 when police sledgehammered the front gate of his home in the Outer Richmond, held him in handcuffs for six hours and seized his phones, computers and other equipment.

The raids created an uproar among First Amendment advocates, prompting at least two other lawsuits, which are still pending.

“It is heartening to see that Bryan is going to receive some recompense for this outrageous violation of his rights,” said David Snyder, executive director of the San Rafael-based First Amendment Coalition, which filed a California Public Records Act request seeking communications between Mayor London Breed and the police about the raid. “It’s only proper that the city should be compensating him for his losses.”

Five search warrants were obtained from judges apparently for information about the unauthorized leak of a secret police report on Adachi’s death a year ago. Carmody, a stringer, obtained the report and sold it to local television stations, angering city officials who felt it was inappropriate to spread confidential information about Adachi after his untimely death. 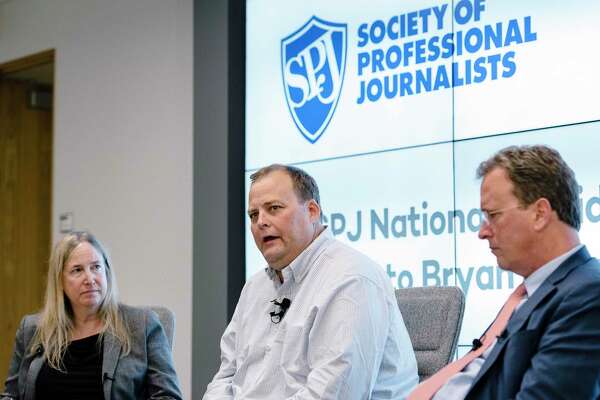 Several of the judges have said police officers who submitted sworn affidavits applying for the warrants did not tell them that Carmody was a journalist and have since declared the searches illegal.

Under California’s shield law, journalists are protected from revealing their sources or unpublished information unless it can be shown that they obtained the information illegally. The law also prohibits judges from issuing warrants to search a journalist’s home or property to uncover news sources.

Police Chief Bill Scott defended the raid for two weeks, then acknowledged it had been wrong and apologized while apparently holding lower-ranking officers responsible.