The American public is waiting for legislation which will bring much needed financial and medical relief.

It is no surprise a Republican Rep. Thomas Massie (R., Ky.) may slow down the process. In Congress he is referred to as “Mr. No.”

If you want to voice your concerns to  the Kentucky Congressman you can contact his office aide in Washington, DC.

Attached is a link to an article about the Congressman in the Cincinnati Enquirer.

WASHINGTON—House leaders were scrambling to bring back enough legislators to form a quorum to pass a $2 trillion economic rescue package after a Republican lawmaker suggested he might object to holding the vote using a procedure that avoids putting members on the record.

Rep. Thomas Massie (R., Ky.) told a local radio station that he would vote against the bill, and also suggested to that he might object to allowing the bill to pass by voice vote. If Mr. Massie forced a roll-call vote, the House would need a majority of the chamber—216 votes—in order to proceed with a vote. Otherwise, voting would be delayed until enough lawmakers could return to Washington.

A spokeswoman for Mr. Massie didn’t respond to a request for comment about his plans. 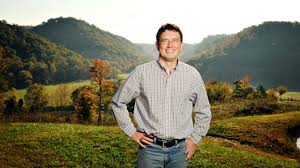 “We have notified our Members of the possibility that the bill may not pass by voice vote,” the press office for House Majority Leader Steny Hoyer (D., Md.) said in a statement. “The Majority Leader’s Office has sent a notice to Members that if they are able and willing to be in Washington, DC by 10:00 a.m. tomorrow, they are encouraged to do so, while exercising all due caution.”

Many lawmakers had planned to stay away from the Capitol because of the risks of traveling during the coronavirus pandemic.

Congress’s attending physician has cautioned members to use extreme care and deliberation when deciding whether to travel.

The bill, which passed the Senate late Wednesday, is the largest economic-relief package in history and will extend aid to many struggling Americans through direct payments and expanded unemployment insurance, which also cover freelance and gig workers. It will give loans and grants to businesses, refill drained state coffers and send additional resources to sapped health-care providers.

The risk of contagion has prompted Congress to examine its own voting and social practices, which often put members in physical proximity.

The House will first attempt to pass the legislation by a voice vote, which doesn’t require all members to be present. But if the House doesn’t have 216 members, one lawmaker could object to a quorum not being present. A lawmaker could also request to have a roll-call vote, where names are recorded.

President Trump credited the stimulus package for a surge in U.S. stocks this week, saying economic uncertainty remained in the U.S., “but we’ve come a long way.”