The writer is a Nostradmus.

The review of this incredible and disconcerting dissection of Trump and television was published in October 2019.  Check out the opening sentence in which says the book is a good read while “SHELTERING IN PLACE.”

If you are to read one work about Trump, forgot all the weighty political tomes. This is the one.  Audience of One is disturbing, funny and an insightful look at the soon to be ex President.  A total creation and creature of television from the day he was born in June 1946.

America, through television, has become  Trump and nothing else.

Reading this book is the best advertisement for turning off the television FOREVER.

The state of things encourages a reviewer to class “Audience of One: Donald Trump, Television, and the Fracturing of America,” by James Poniewozik, as recommended reading for hiding under the covers or sheltering in place.

Television trained Trump in his conduct as he pursued money, power, and women, just as it has mediated the desires of its every viewer. The difference, in this book’s persuasive theory, is that Trump and television merged into a symbiotic beast, that Trump is television in human form.

Poniewozik, who is the chief television critic at the Times, has shaped a study of Donald Trump, the multi-platform character played by a talented charlatan, into a fluid narrative of Trump’s evolution, or metastasis, into the forty-fifth President of the United States. This ridiculous journey plays against a history of the medium that made Trump, as the author analyzes the expansion of television’s forms and norms and business plans. This book is a fine guide to the historic horror show, now screening everywhere, courtesy of the White House pool feed. 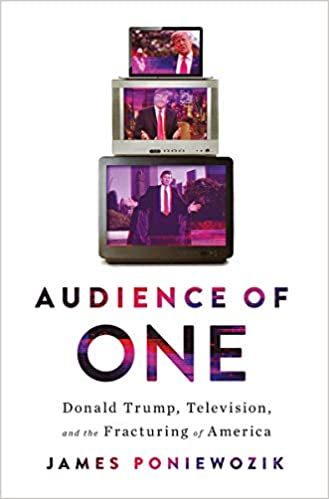 The book proceeds from the incontrovertible insight that Trump raised himself on television and weaponized his persona in accord with its values. As a cultural avatar and atavistic figure, he has absorbed, bloblike, the iconic power of characters including Archie Bunker, Walter White, and Rodney Dangerfield in “Caddyshack.”

The prose, lightly sparkling with argumentation and abundant with choice metaphors, is such that “Audience of One” reads like not just an essential American Studies text but as an epic disaster tale. The surreal catastrophe it describes—of televisions sizzling with mysterious power, of a United States led by what Thomas Pynchon would call a tube addict—is like a Cronenberg take on a doomsday blockbuster, with governmental norms reduced to rubble as if for spectacle sport.

(This reviewer has met Poniewozik and Trump on five or six occasions each, often in the context of television-industry pseudo-events. I have encountered one of them at a party for an exhibition of celebrity photographs, where he made a beeline for a portrait of himself, conveyed his approval of the likeness to Melania, and immediately lost interest in the art. The other once mixed me a drink garnished with a kumquat.)

Television came of age in 1953—the year that Lucy begat Little Ricky, that the Oscars first went on the air, that Edward R. Murrow’s “Person to Person” inaugurated the tradition of celebrity chat, and that the F.C.C. approved color broadcasting. Picture the junior Donald J. Trump, on the cusp of turning seven, watching his mother watch the coronation of Queen Elizabeth II. Poniewozik quotes “Trump: The Art of the Deal”: “She was just enthralled by the pomp and circumstance, the whole idea of royalty and glamour.” Learning from the screen in his particular fashion, and developing an eye for gaudy display and gilt self-promotion, young Trump is a pupil in a one-room schoolhouse with a wasteland curriculum.

Gaining fame as a tabloid-savvy real-estate hustler in his thirties, Trump becomes a Barnum of himself, a character available to swell the scene of Gotham in the decade of greed. Poniewozik contrives many memorable aperçus to indicate Trump’s shape-shifting over the decades, in response to his environment. In the nineteen-eighties, having confected an image as playboy businessman, he was a Manhattan “tourist sight, like the lights in Times Square.” In the nineties, as a pop-culture figure whose moneybags façade was a counterpoint to tasteful displays of tech wealth, he was “a kind of human gold chain.” (“His life looked like the last five seconds of a commercial for scratch-off lottery tickets.”)

In the first decade of this century, becoming a parody of himself in the second season of “The Apprentice,” the Trump character, “like a breakout sitcom character,” became exaggerated: “tougher, more insulting, determined to give the crowds twice as much of what they wanted, twice as hard.” 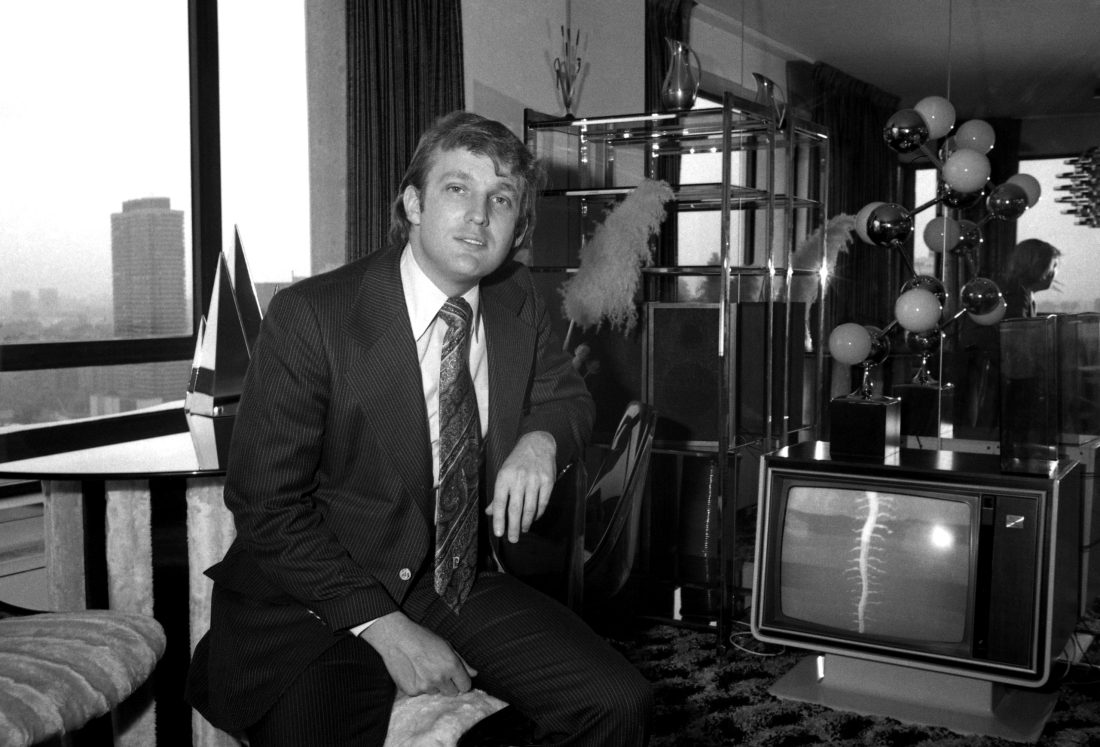 “That about sixty-three million people voted to elect this TV character President fulfilled the auguries of an Old Testament lineage of media prophets,” Poniewozik writes in his introduction.

He’s got a light touch and a knack for apt quotation when synthesizing the media-studies canon into his story. You get Barthes on wrestling, Boorstin on psuedo-events, Baudrillard on simulacra, Eco on hyperreality, Macdonald on mass-cult, Postman on the news, Rushkoff on media viruses, McLuhan on the art of massage, Hofstadter on the paranoid style shaping Fox News, and, for the sake of context, George W. S. Trow on no context—plus Hannah Arendt, of course, because the book is also thinking about how television has serviced fascist aesthetics.

Poniewozik almost wants to rate Trump as a great postmodern thinker, but the problem is that Trump does not think. Nonetheless, Trump is a great postmodern feeler, who intuits and responds to the stimuli of electronic media with the dark brilliance of an idiot savant, in the sure belief that only suckers care about objective truth. Poniewozik calls Trump’s daily performance qua Trump a manifestation of “lizard-brain postmodernism—the salesman’s intuition that the cartoon of a thing was more powerful to people than the thing itself.”

Poniewozik’s writing is funnier than Trow’s in “Within the Context of No Context,” but it employs a comparable style of repetition, of ingemination and litany, to gather many tributaries into its flow of thought. Ideas bob in the current and resurface at opportune moments. “Audience of One” keeps returning, profitably, to Trump’s appearance on “Today,” opposite the host Tom Brokaw, on August 21, 1980. Trump was a mild-mannered thirtysomething hustler playing by the rules of broadcast television when its audience was at its broadest. Brokaw inhabited a set the color of “toast,” Poniewozik writes and repeats. The dot-like depiction of the brown sets and “beige-on-beige” styling of the old morning in America contrasts nicely with the brass and pink marble of the tower that Trump made.

“Consider this a work of applied TV criticism, for a time when all of public life has become TV,” Poniewozik writes. It is a book about morality and about the amorality intrinsic to the medium, as one of the core functions of television is to stimulate shameless desire.

The lesson Trump learned from it, like a bad fan of “Mad Men,” is that his desires should not be constrained. This was the lesson embodied by him, this week, when he seemed to speak felonies into effect live from the South Lawn.

Near the end of “Audience of One,” before leaving the reader queasy with a vision of the animatronic Trump installed at Disneyland’s Hall of Presidents, Poniewozik writes about the screeching feedback that is the ambient noise of contemporary life: “The news was a feedback cycle of Trump being inflammatory, the news becoming inflamed, Trump growing inflamed by the coverage.

The numbing round of feuds and outrages, shock after shock, felt like it had been programmed by a ratings-mad TV executive, because in a way, it was.” The camera, which is never fully sated, only wants more. Trump is its ideal subject, an erratic grotesque with an id like a vacuum of need.

The screech will only escalate in pitch and intensity. The book had me imagining, wishfully, that this Administration would end, simply, with CNN cutting to black, as in the final episode of “The Sopranos,” for the sake of a nation in desperate need of stricter limits on its screen time.