Wear your mask and behave yourself.

What is the matter with people?  Must be the stress of having to forego an easy life to which many Americans have become lazily accustomed to in the past 50 years.

Well, the days of hopping in your car for a quick trip to the nearest fast food junk food outlet, at least for now, can be a treacherous adventure.

Deal with it. Happy Independence Day

A McDonald’s employee in Oakland said she was grabbed, hit and slapped by a customer after she told him he had to wear a face mask in order to receive his order, according to a complaint filed with a state agency.

Maria Resendiz, 19, said she was working Saturday afternoon at the restaurant on San Pablo Avenue when she told a drive-through customer at the pick-up window that masks were required for service and refused to give him the two double hamburgers and one order of french fries he had ordered on the drive-up microphone.

In a four-page complaint filed with the California Occupational Safety and Health Administration, Resendiz said the unidentified customer responded to her request with a string of racial slurs and threats of violence before parking the car, returning on foot to the window, forcing it open and grabbing her.

“The man was able to hit me repeatedly,” Resendiz said in the complaint. “He grabbed my neck and my shirt.”

The terrified young woman, a two-year-veteran with McDonald’s, described the suspect as a tall slender man in his 20s, wearing a black jacket and sweatpants, and driving a white car.

She said she was taken by ambulance to Highland Hospital, treated for neck and finger injuries and that her right hand and arm were placed in a cast. 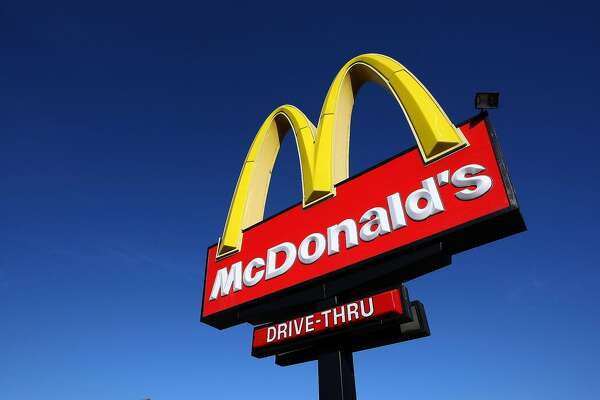 “Safety and security are our top priority,” Smith said.

Oakland police spokeswoman Johnna Watson said Resendiz was “assaulted and threatened” and that officers were investigating.

Shortly before the assault occurred, Resendiz said she asked Smith what she was supposed to do if a customer attempted to pick up an order without wearing a mask.

“He told me … to tell the customer to put on the mask (and) if they refuse, we can’t give them service,” Resendiz said in her complaint.

Since the assault, Resendiz said, she can’t sleep.

“When I close my eyes, I see everything again. I see the attacker’s face. I get really anxious and nervous and scared. And I have to lock every window now,” she said.

The pandemic, Resendiz said, is bringing out the worst in many fast-food customers.

“I get it about the situation we’re in with COVID and that people are stressed but that’s not an excuse for workers at fast food restaurants to risk their lives,” she said. “We’re not burgers and fries. We’re humans. Two McDoubles and a small fries, that’s not something that’s worth getting injured over.”