Big banks are joining the ranks of those being severely impacted by the Pandemic.

The pain is a lot more than just the masses who are being denied help by a selfish band of Republicans in Congress. The hurt is now moving into corporate America.

Profits are down. Margins are low. Banks are bracing for a wave of soured loans. On the other hand, they’re raking in fees and deposits. 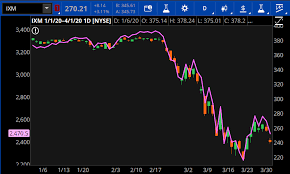 Net income for the banking industry as a whole plunged 70% from a year before to $18.78 billion, according to the FDIC report. It was up slightly from the first quarter, but both periods represent the lowest quarterly income since early 2010. The profits are skewed by the big four banks, JPMorgan Chase & Co., Bank of America Corp., Citigroup Inc. and Wells Fargo & Co., which make up roughly half the drop. The FDIC said the 4,624 community banks in its data actually posted an aggregate increase in net income of $202.5 million.

The coronavirus threw the U.S. banking system into extreme gyrations.

Profits tumbled as the banks put aside billions for loan losses. Margins hit an all-time low. Fee income hit a record high. Customers flooded banks with more deposits than they had ever seen, so much so that the nation’s safety net for bank failures fell below a legal limit.

Banks, a gauge for the broader economy, have signaled they anticipate a longer, deeper recession than they first expected in the spring. Though much of the economy has held up relatively well, the banks say government stimulus and other temporary reprieves have likely delayed the pain, not overcome it. Many lenders are bracing for a wave of defaults.

The turmoil has made it hard to see how banks will grow profits, one reason shares have failed to rally along with the market.

“The banks have been flooded by cash and it’s hard to know what to do with it,” said Brian Foran, an analyst at Autonomous Research. “That narrative is not an attractive investment story.”

Profits were sunk by increased credit loss provisions, money the banks stash aside to deal with potential future loan trouble. The banks parked away $62 billion in the second quarter, on top of $53 billion in the first quarter.

Banks were whacked with the lowest lending margin in the history of the FDIC’s data, which goes back to 1984. The average net interest margin, the difference between what the banks make on loans and pay out on deposits, shrank to 2.81% compared with 3.39% a year ago. The Federal Reserve slashed interest rates to near zero in March, and emergency cuts hit income faster than the banks could reduce their deposit costs. 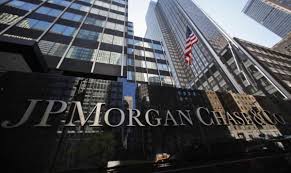 With the Fed expected to keep interest rates low for the foreseeable future, banks will need to increase fees or find other ways to replace some of that income. In the second quarter, revenue from non-lending operations increased 7% for the industry, hitting a new record. It was boosted by investment banking, mortgage fees and by smaller banks selling loans.

For the second quarter in a row, deposits increased by more than $1 trillion. There has been $2.4 trillion added in six months, five times any other six-month period, and roughly equal to the deposits of the entire industry in 1984. The big four banks have taken in $900 billion of the year’s gains.

The agency expects the deposits to normalize and said the fund would self-correct.

Write to David Benoit at david.benoit@wsj.com 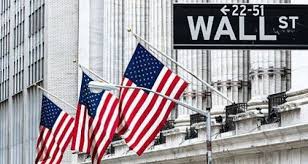