Ben Sasse is a super conversative Republican Senator from Nebraska. He must feel that Trump is going down and has decided to jettison the sinking Ship of State.

Tonight on MSNBC in a sitdown with Trump the moderator got right to the point. After pushing Trump on his retweet of a QAnon-linked conspiracy theory, Savannah Guthrie (pictured above) of MSNBC told Trump, “I don’t get that. You’re the president. You’re not like someone’s crazy uncle who can just retweet whatever.”

Four years later the power structure in America finally realizes what a bloviating phony is Trump.

Sen. Ben Sasse eviscerated President Trump during a phone call with constituents in which the Nebraska Republican accused the president of cozying up to dictators, mistreating women, flirting with white supremacists and irresponsibly handling the coronavirus pandemic.

Sasse’s comments were disclosed by the Washington Examiner, which obtained an audio recording of the call, a campaign telephone townhall with Nebraska voters. Sasse’s spokesman verified that the reporting was accurate, but declined to answer more specific questions such as when the call happened.

During the call, a woman asked Sasse why he’s so hard on the president. The senator has been among the Republican lawmakers willing to criticize the president from time to time, but has mostly supported him and his policies.

But in the call, Sasse unleashed a torrent of criticisms at Trump.

Sasse said on the call that he fears Trump’s “stupid political obsessions” and “rage tweeting” will drive voters away.

“The way he kisses dictators’ butts. I mean, the way he ignores the Uighurs, our literal concentration camps in Xinjiang. Right now, he hasn’t lifted a finger on behalf of the Hong-Kongers,” Sasse said.

“The United States now regularly sells out our allies under his leadership, the way he treats women, spends like a drunken sailor,” Sasse continued. “The ways I criticize President Obama for that kind of spending; I’ve criticized President Trump for as well. He mocks evangelicals behind closed doors. His family has treated the presidency like a business opportunity. He’s flirted with white supremacists.” 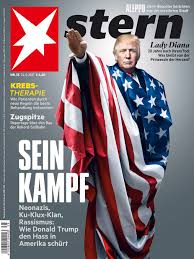 This appears to be the most brutal assessment of the president from a sitting GOP lawmaker, echoing many of the charges against Trump from the left. While some Republicans who have left Congress and now speak out against Trump claim many of their ex-colleagues privately feel the same, no one has gone this far in denouncing the president.

The senator had admonished Trump early in 2016 when he was seeking the GOP nomination, saying he would vote for a third-party candidate. Earlier this year, however, Sasse voted to acquit Trump on two impeachment charges.

The senator also criticized the president’s handling of the coronavirus pandemic on the call. While he came to Trump’s “partial defense,” by accusing the news media of wanting to use the public health crisis against the president, he said Trump has mishandled it from the beginning.

“But the reality is that he careened from curb to curb. First, he ignored covid. And then he went into full economic shutdown mode,” Sasse said. “He was the one who said 10 to 14 days of shutdown would fix this. And that was always wrong. I mean, and so I don’t think the way he’s led through covid has been reasonable or responsible, or right.”