I am watching The Trial of the Chicago Seven. The story is riveting in recounting the conspiracy trial of the so called Chicago Seven which began in September 1969 and continued until February 1970.

Two Wikipedia links to the trial and its aftermath are attached. One is about the actual history of the trial. The other is about the movie now streaming on Netflix.

The two hour plus film is a good history lesson for those who weren’t here at the time. It is also a walk down memory lane for those who lived through that period in American political history.

It is also a reminder that the zeal of government to persecute protest continues unabated to this day.

The following snippet of dialogue is just one example of the excellent script. 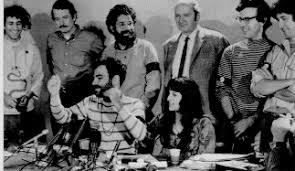 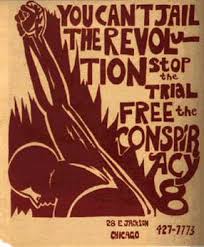