The Chinese government in a brutal act of suppressing the media has jailed a citizen journalist. What was her alleged crime?

Zhang Zhan exposed the government’s botched response to the Covid-19 outbreak in Wuhan. For shining a light on government incompetence Ms. Zhan will spend the next four years in a Chinese prison. She is in the midst of a hunger strike and may very well perish.

What the Chinese government has done is criminal and an assault on human rights.

Zhang Zhan, 37, a former lawyer, is the first known person to be tried for challenging the Chinese government’s narrative about the coronavirus pandemic.

A Chinese court on Monday sentenced a citizen journalist who documented the early days of the coronavirus outbreak to four years in prison, sending a stark warning to those challenging the government’s official narrative of the pandemic.

Zhang. Zhang’s trial, at the Shanghai Pudong New District People’s Court on Monday, lasted less than three hours. The official charge on which she was convicted was “picking quarrels and provoking trouble,” a vague charge commonly used against critics of the government. Prosecutors had initially recommended a sentence between four and five years.

Ms. Zhang appeared for the trial in a wheelchair, one of her lawyers, Zhang Ke Ke, wrote on Monday on WeChat, a messaging app. Mr. Zhang had written in a post a few days earlier that she had lost a significant amount of weight and was almost unrecognizable from even just a few weeks before.

Ms. Zhang barely spoke during the hearing, except to say that people’s speech should not be censored, wrote Mr. Zhang, who is not related to Ms. Zhang. 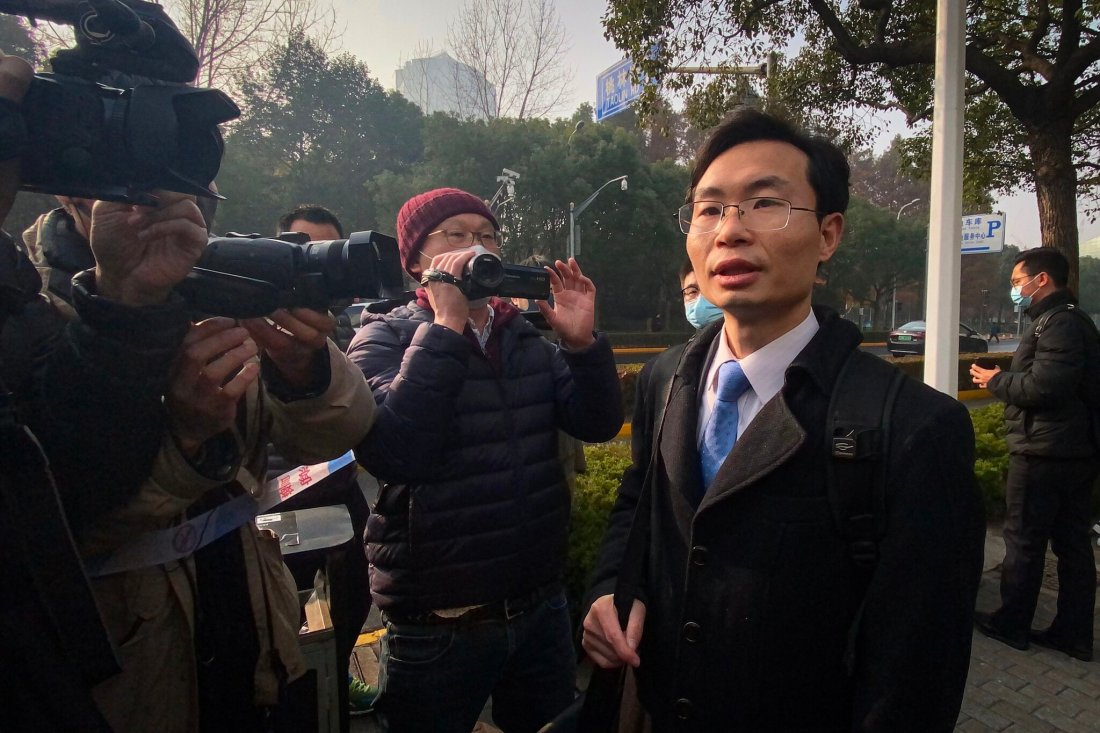 Zhang Zhan, the 37-year-old citizen journalist, was the first known person to face trial for chronicling China’s outbreak. Ms. Zhang, a former lawyer, had traveled to Wuhan from her home in Shanghai in February, at the height of China’s outbreak, to see the toll from the virus in the city where it first emerged. For several months she shared videos that showed crowded hospitals and residents worrying about their incomes.

In China, the news media is tightly controlled by the state. Some citizen journalists try to offer more independent reporting, which they post on the internet and social media platforms. But their work is often censored and they are routinely punished.

Ms. Zhang was fiercely critical of the government in her dispatches, asking why it had tried to silence whistle-blowers about the virus and questioning whether Wuhan’s lockdown had been enacted too harshly.