It’s about time these nihilist Neo Nazi insurrectionists are brought to heel.

This subversion of the rule of law began with the Klan after the Civil War.

The ex President actively encouraged and abetted the Neo Nazi mobs for years culminating in the foiled Coup D’etat.

The real threat comes from the Neo Nazis and their chief enabler. Trump

WASHINGTON — President Biden on Friday ordered the director of national intelligence to work with the F.B.I. and the Department of Homeland Security to conduct a comprehensive assessment of the threat from domestic violent extremism, a sign of how seriously the new administration is taking the issue in the aftermath of the Jan. 6 riot at the Capitol.

The new order on domestic extremism, and growing interest on Capitol Hill, could also push the intelligence agencies and law enforcement to look for ways to work more closely on tracking and countering extremist groups in the country.

The growing concern about these groups is also reflected in the tough stances judges have taken with those arrested in connection with the Jan. 6 riot.

“Far-right, white supremacist extremism, nurtured on online platforms, has become one of the most dangerous threats to our nation,” said Representative Adam B. Schiff, Democrat of California and chairman of the House Intelligence Committee.

The request comes only days after Avril D. Haines, the newly installed director of national intelligence, pledged to members of Congress during her confirmation hearing that she would help with just such an assessment.

The new intelligence work began as people charged in the mob attack on the Capitol by supporters of former President Donald J. Trump continued to appear in court. On Friday, a federal magistrate judge in Dayton, Ohio ordered Donovan Crowl, an accused rioter linked to the far-right group the Oath Keepers, detained until his trial, citing the safety of the community. 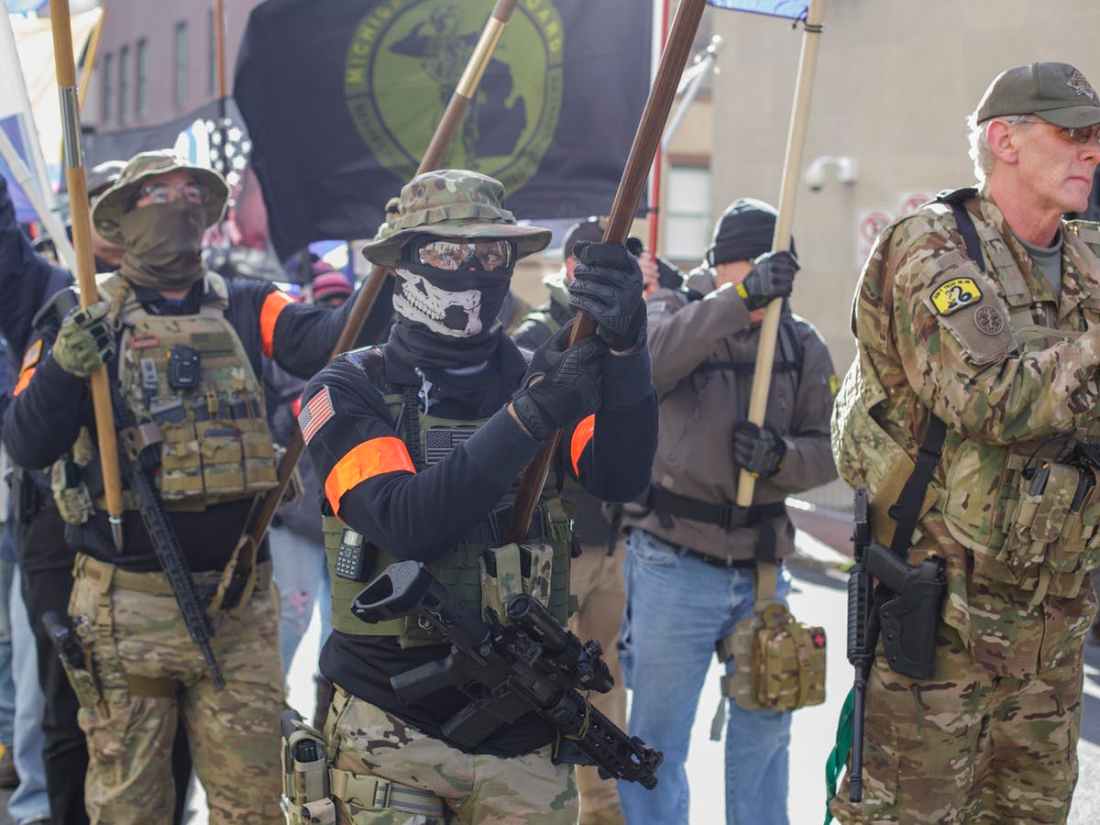 Mr. Crowl, the suspect denied bail in Ohio, was part of a group dressed in paramilitary equipment that approached the Capitol “in an organized and practiced fashion” to move their way to the front of the crowd, according to court papers.

In a New Yorker article about the riot, Mr. Crowl, a 50-year-old Ohio resident, acknowledged that he had entered the Capitol but claimed that he had traveled to Washington to “do security” for “V.I.P.s” whom he did not name and that his intentions had been peaceful. But court filings made clear that prosecutors did not believe that.

“This defendant, through force and violence, attempted to disrupt the process that our country’s been engaged in for over 200 years,” said the prosecutor, Nicholas Dingeldein, during the hearing on Friday. “He’s been preparing for literal war because that’s what this organization, the Oath Keepers, has told him he has to do.”

The judge, Sharon L. Ovington, noted that Mr. Crowl had a criminal record and said she saw “clear and convincing evidence” that there were no conditions that would reasonably assure Mr. Crowl’s appearance in court or the safety of the community.

Domestic terrorism and violent groups are a thorny issue for intelligence agencies like the C.I.A., which are limited to tracking attempts by foreign governments or organizations to influence extremist groups in America. The F.B.I. and Department of Homeland Security have more leeway to investigate domestic groups and homegrown terrorism.