Kneeling before them in the dust of a northern Myanmar city, Sister Ann Rose Nu Tawng begged a group of heavily armed police officers to spare “the children” and take her life instead. 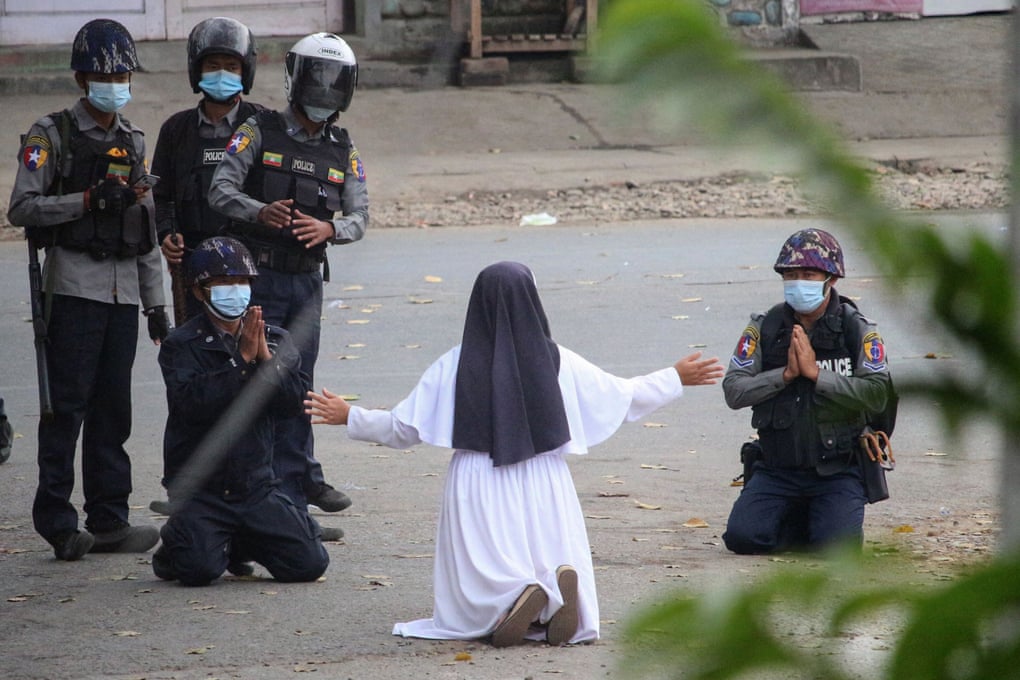 The image of the Catholic nun in a simple white habit, her hands spread, pleading with the forces of the country’s new junta as they prepared to crack down on a protest, has gone viral and won her praise in the majority-Buddhist country.

“I knelt down … begging them not to shoot and torture the children, but to shoot me and kill me instead,” she said on Tuesday.

Her act of bravery in the city of Myitkyina on Monday came as Myanmar struggles with the chaotic aftermath of the military’s overthrow of the civilian leader, Aung San Suu Kyi, on 1 February. As protests demanding the return of democracy have rolled on, the junta has steadily escalated its use of force, using teargas, water cannon, rubber bullets and live rounds.

Protesters took to the streets of Myitkyina, the capital of Kachin state, on Monday wearing hard hats and carrying homemade shields. As police started massing around them, Sister Ann Rose Nu Tawng and two other nuns pleaded with them to leave.

“The police were chasing to arrest them and I was worried for the children,” she said.

It was at that point that the 45-year-old nun fell to her knees. Moments later, as she was begging for restraint, the police started firing into the crowd of protesters behind her.

“The children panicked and ran to the front … I couldn’t do anything but I was praying for God to save and help the children,” she said.

First she saw a man shot in the head fall dead in front of her – then she felt the sting of teargas. “I felt like the world was crashing,” she said. “I’m very sad it happened as I was begging them.”

A local rescue team confirmed to AFP that two men were shot dead on the spot during Monday’s protest, though it did not confirm whether live rounds or rubber bullets were used.

On Tuesday, one of the deceased, Zin Min Htet, was laid in a glass casket and transported on a golden hearse covered in white and red flowers. Mourners raised three fingers in a symbol of resistance, as a musical ensemble of brass instrument players, drummers and a bagpiper in crisp white uniforms led the funeral procession. 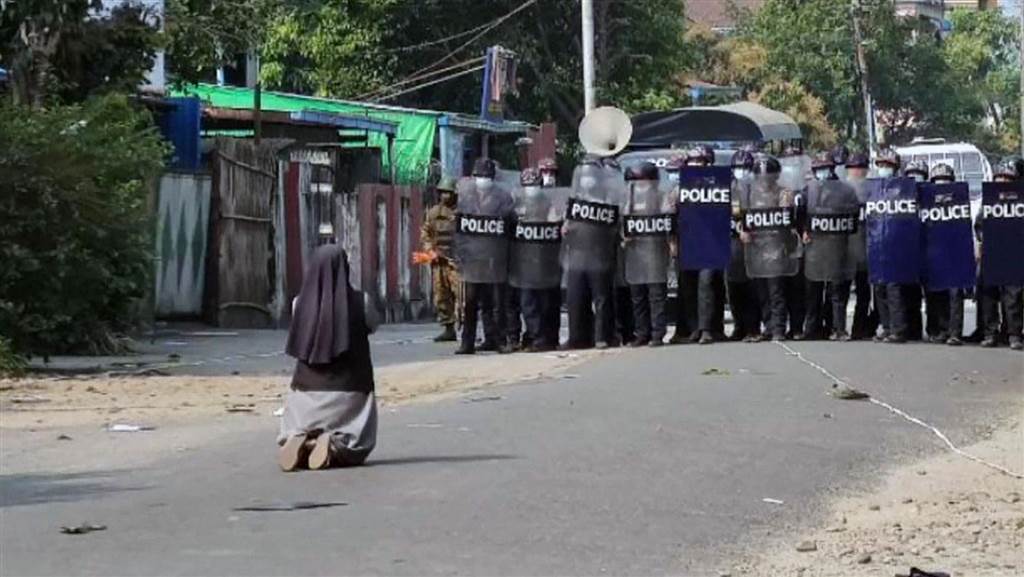