Easter is this Sunday. Deutsche Welle takes a  look at the current influence of the Catholic and Protestant churches in Germany.

How Christian is Germany? Judging by a sharp decline in church attendance, not very. But a look at tax revenue, board memberships and land holdings suggest that its two biggest churches still have a wealth of influence.

The Holy Roman Empire, the birthplace of Protestantism, the battlefields of Christian theology. The lands that make up modern Germany once had front-row seats to some of the most significant developments both in the history of Europe and of Christianity.

Today, those Christian roots are hard to overlook. Public holidays based on Catholic and Protestant beliefs provide highly-anticipated vacation days that go beyond just Christmas and Easter. And while “Christian” political parties — Angela Merkel’s Christian Democratic Union and the Bavarian Christian Socialist Union, for example — are considered traditional rather than religious, the parties’ names make it clear they were conceived on the basis of Christian values.

Yet the ubiquity of steeples crosses, and saints is deceptive: Churches are largely empty. With more and more Christians rejecting core tenets of the faith, including the existence of God, is it accurate for Germany to be considered a Christian nation?

DW looks at six facts and figures that shed light on the make-up of Catholic and Protestant identity and influence in Germany today.

1. The majority of Germans identify as Christian

Roughly 45.7 million Germans identify as Christian, be they Catholic, Protestant, Orthodox or non-denominational. That’s nearly 55 percent of German society, according to figures from 2019.

2. Under 10 percent of Christians go to church regularly

The majority of Germany’s Christians are registered as either Catholic (22.6 million) or Protestant (20.7 million).

The Protestant Church has its roots in Lutheranism and other denominations that rose out of the 16th-century religious reform movement. Despite the Protestant Church’s official name — the “Evangelical Church of Germany” (EKD) — it is not to be mistaken with the Evangelical movement in the United States.

Between 2010 and 2019, church weddings declined by nearly 20 percent in Germany

The right for churches to collect a de-facto membership fee in the form of a tax dates back to 1919, when the Weimar Republic introduced the measure to counter the financial aftermath of the separation of church and state.

The rate is currently set at 9 percent of one’s income for members above a minimum income threshold. The money helps keep parishes, church employees, daycares and other properties afloat. 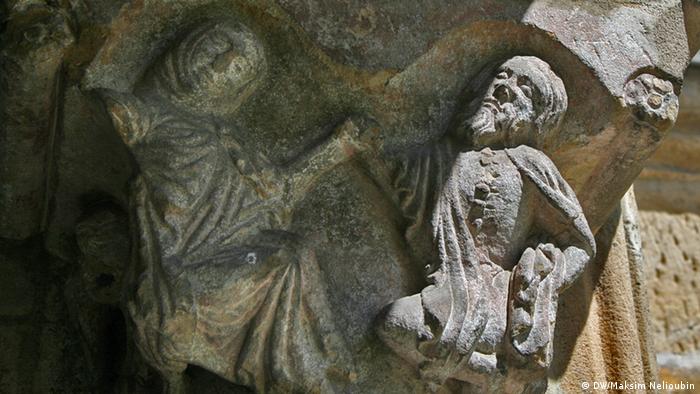 Assessing the churches’ wealth is a tricky and tangled business due to their extensive land holdings and reparation payments they receive from the states.

The two churches own at least 830,000 hectares  (8,300 square kilometers or 3,200 square miles) of land, according to an estimation by church critic Carsten Frerk, whose number is often cited by German media.

Another reason Catholic and Protestant interests are so visible in German society is the seats church representatives are granted on supervisory boards across a wide variety of organizations. There, the churches sit alongside other interest groups such as conservationists, union leaders, and experts from a range of fields in the name of representing an important demographic.

6. Fewer Christians believe in the core tenets of their faith

Additionally, the research institute Emnid asked Christians whether they believed in God. Roughly 24 percent of Protestants and 11 percent of Catholics said no, according to the newspaper Tagesspiegel.

This is an updated version of an article first published in 2018.