It is incomprehensible that a 26 year law enforcement veteran can come up with a lame excuse that she thought her service weapon was a Taser when she murdered 20 year old Duante Wright during a traffice stop.

The reason she resigned has little, if anything, to do with “best interest of the community.” Kim Potter wants to protect her pension. Disgusting is the only word which comes to mind.

The 26-year veteran police officer in Brooklyn Center, Minn., who fatally shot Daunte Wright, a 20-year-old unarmed Black man, (pictured above) has resigned “in the best interest of the community.”

Potter is a veteran and has served as her police union’s president, the Star Tribune reported. At an earlier news conference, where authorities played a nearly one-minute dash-cam recording of the fatal incident, Gannon said it appears that Potter intended to fire her Taser but instead made an “accidental discharge” from her gun.

Potter had been suspended pending the results of a Minnesota Bureau of Criminal Apprehension investigation, the agency said. On Monday, Brooklyn Center leaders dismissed the city manager, potentially giving Mayor Mike Elliot the ability to fire the chief or officers in the department.

Washington County Attorney Pete Orput said he expects to complete a “thorough yet expedited” review of potential criminal charges in the case by no later than Wednesday, he told the Star Tribune.

“I’m hoping Wednesday, but I want to have the opportunity to give my condolences to his family and explain to them my decision,” Orput said.

The suburban city of about 30,000 residents has been rocked by Wright’s killing as the Minneapolis area watches the ongoing trial of Derek Chauvin, the former Minneapolis officer charged with murder after kneeling on George Floyd’s neck for more than nine minutes.

According to local media, Potter has retained attorney Earl Gray. Gray is also representing former Minneapolis police officer Thomas Lane, who has also been charged in Floyd’s death. Neither Potter nor Gray immediately responded to messages from The Washington Post as of early Tuesday. 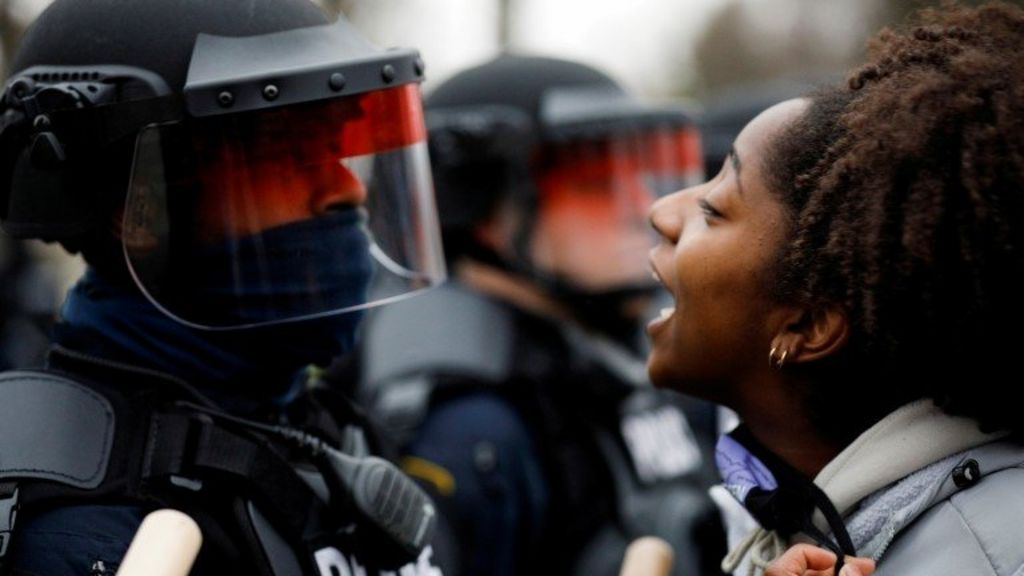 Potter joined the Brooklyn Center Police Department in 1995, according to her LinkedIn page. She was first licensed as a police officer in Minnesota at age 22 that same year, the Star Tribune reported. In 2019, she was elected president of the Brooklyn Center Police Officer’s Association, according to the group’s Facebook page. She was also a longtime member of the Minnesota Law Enforcement Memorial Association, where she served on its “casket team.”

Potter, who is married to a former police officer and has two adult sons, most recently worked on the Brooklyn Center police’s negotiation team, the Star Tribune reported.

She has been involved in one fatal police shooting in the past.

In 2019, Potter was among the first to arrive at a home in the Minneapolis suburb after two officers fatally shot a mentally ill man six times after he allegedly lunged at them with a knife, according to a report released by the Hennepin County Attorney’s Office last year.

Once paramedics arrived, Potter ordered both of the officers to leave the house, sit in separate squad cars and deactivate their body cameras. As the union president at the time, she escorted one of the officers from the scene back to the police station and was later present when BCA investigators interviewed both officers, the report states.

The officers were not charged in the fatal shooting after prosecutors found they acted with “reasonable fear” after first firing their Tasers.

Potter’s actions in Wright’s death are shown in the video released by police on Monday.

A little before 2 p.m. on Sunday, two other unnamed officers and Potter pulled over Wright because of allegedly expired registration tags. Potter was acting as a field training officer and was training a new officer Sunday, Brian Peters, head of the Minnesota Police and Peace Officers Association, told the Star Tribune.

When the officers asked Wright for his identification, Gannon said at a Monday news conference, they found Wright had an outstanding warrant for a misdemeanor and attempted to take him into custody.

The video clip shows Wright slipping from an officer’s grip and returning to his car. That’s when Potter pulls out her gun and yells, “I’ll Tase you!” and then “Taser! Taser! Taser!” before firing.

Seconds later, Potter yells, “Holy s—, I shot him,” apparently realizing that she had fired her pistol instead of her Taser.

Wright drove a couple of blocks before crashing into another vehicle, police said, and was pronounced dead at the scene.

Peters defended Potter’s prior record as an officer on the force.

On Monday, the Hennepin County Medical Examiner said Wright died of a gunshot wound to his chest and ruled his death a homicide.

Nothing changes in America as Frank Zappa and the Mothers of Invention creatively reminded us after the 1965 Watts Riots with their classic song, “Trouble Everyday.” A link is attached.