The 2004 film Layer Cake is one of Daniel Craig’s first and best roles. It is a fast moving crime story with a message. I am watching it, again, on Amazon Prime.

The scene featured below near the movie’s end is one of the best.

“Layer Cake” is the first film from director Matthew Vaughn, who produced the Guy Ritchie crime pictures “Snatch” and “Lock, Stock and Two Smoking Barrels.” “Layer Cake” shares with the Ritchie films a somewhat convoluted plot and a view of criminal life as an absurd existential condition. But unlike Ritchie, Vaughn doesn’t use that as a license to make his film into an absurd experience. There are colorful characters and moments of humor, but Vaughn maintains a straight tone. His narrative innovations are subtle, there for the sake of putting over the story, not the director.

A characteristically clever but smooth touch comes in the first moments. As the unnamed coke dealer (Craig), identified as XXXX in the credits, delineates the rules by which he conducts his business, we see on screen various people and activities that exemplify what not to do. He says, for example, “Avoid attention-seeking gangsters,” while we see exactly such a character talking into a cell phone, making a flashy display of himself on a crowded street. At first, these seem like mere examples, but gradually we realize that we’re in fact seeing the dangerous lowlifes with whom our hero will soon be involved. He won’t want to be, but circumstances will take over.

In his opening voiceover, the protagonist talks about how he has finally socked away enough money to quit crime and become a man of leisure. Uh-oh. Look out. The audience’s expectation, of course, is that something will go wrong, but “Layer Cake” exceeds expectations. It sets in motion three separate plot strands, each compelling in its own right, each involving risk and promising a big reward. These strands play out, intertwine and eventually tie themselves into a big knot around the hero’s neck, making it almost unimaginable how he might extricate himself. His trouble is our fun at the movies. 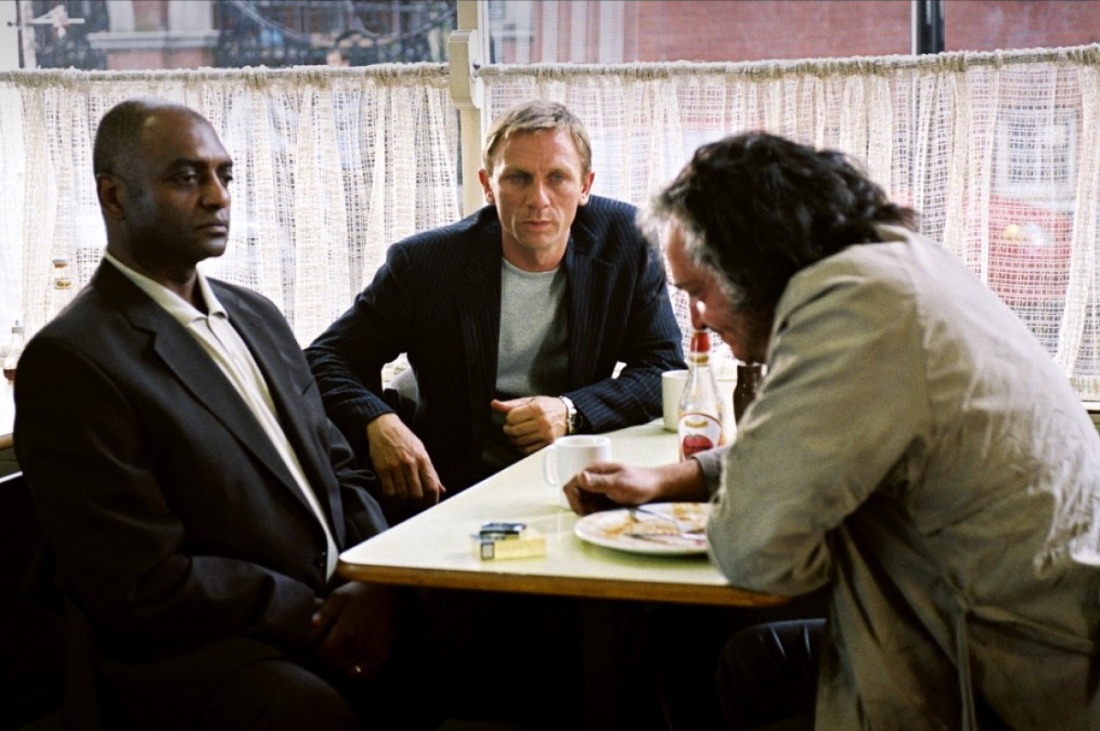 The fun begins when XXXX’s supplier — Kenneth Cranham, exuding menace as a cockney slob — hands him two difficult assignments, one of which involves the purchase of a million tablets of Ecstasy from a band of violent, mentally unbalanced wackos. XXXX is just a businessman, who doesn’t even own a gun. He’s going to need one. He further complicates his life by going to a nightclub and letting himself be seduced by the girlfriend (Sienna Miller) of one of his associates. Resistance is futile.

The special appeal of “Layer Cake” derives from its efficient, gripping story and from the personality of the unnamed protagonist, who is not a criminal hotshot, just an intelligent amateur, improvising. Rooting for him is easy. He’s also a compelling character, in that he seems to have a moral nature and at the same time indicates no discomfort or disapproval in his association with murderers — such as his boss’ hatchet man (Colm Meaney). Likewise, he keeps crossing major moral boundaries without indicating that he’s noticed. He is of our world and of that world at the same time.

The title, “Layer Cake,” refers to some philosophical patter that a king boss imparts to XXXX, something about how things are different at different levels of the hierarchy. It’s not a good analogy, since a layer cake is just as good in the middle as it is on top, but the king boss is played by Michael Gambon, and, in an English movie, nobody tells Gambon to fix his metaphor. He’s too high up in the layer cake. 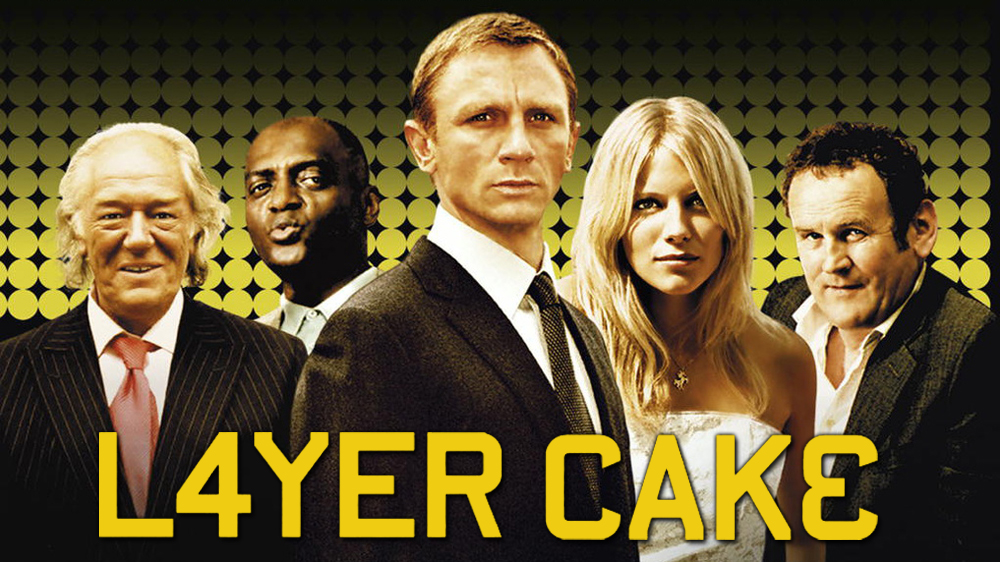