It’s a good night for the progressive District Attorney movement in America.

Larry Krasner, one of the first of the new look DAs, has been pummeled by police groups and the conservative media machine during his four years in office.

Krasner and his progressive policies may infuriate the law and order crowd. But he is popular where it counts.  With the voters in Philadelphia.

It’s a good omen for other progressive DAs like Chesa Boudin, the subject of a recall in San Francisco. If the voters in Philadelphia can respond favorably to progressive polices in law enforcement, so will San Francisco.

FOUR YEARS INTO his experiment with reforming Philadelphia’s criminal justice system, Larry Krasner overwhelmingly won his primary race for reelection to the office of district attorney on Tuesday.

By late Tuesday night, Krasner was leading his Democratic primary challenger Carlos Vega by a nearly 2-1 margin, with about 117,000 votes counted. Vega conceded the race shortly before midnight, and Krasner is all but assured victory in the November general election.

“We in this movement for criminal justice reform just won a big one,” Krasner said in a victory speech. “Four years ago, we promised reform, and a focus on serious crime. People believed what were, at that point, ideas. Promises. And they voted us into office with a mandate. We kept those promises. They saw what we did. And they put us back in office because of what we’ve done.”

Vega, a former homicide prosecutor who was one of 31 staffers Krasner fired during his first week as district attorney, had run a campaign attacking Krasner’s policies as soft on crime and was boosted by one of the largest expenditures from the city’s police union in more than a decade. 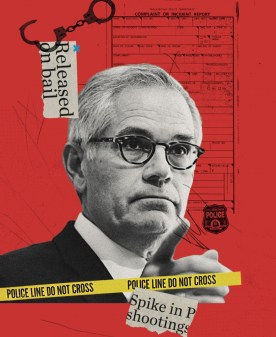 Though he said his campaign was not pro-police, Vega campaigned with Philadelphia’s FOP Lodge 5, a local chapter of the Fraternal Order of the Police, the largest police union in the country. The police union gave more than $100,000 to Protect Our Police PAC, a political action committee that launched last year to push Krasner out of office. Vega and POP PAC tried to distance themselves from each other throughout the race: POP PAC claimed it wasn’t supporting Vega but ran a video encouraging Republican voters to switch their registration to vote in the Democratic primary against Krasner. Vega renounced POP PAC after the group sent a fundraising email blaming George Floyd for his own death. The group spent $45,000 on TV ads attacking Krasner in the final month of the race.

Since his election in 2017, Krasner has become a symbol of the burgeoning movement to elect reform-minded prosecutors. “Krasner has been kind of a model,” said Scott Roberts, senior director of criminal justice campaigns at Color of Change, a racial justice group that supported several such prosecutors’ bids and endorsed Krasner. “I can’t tell you how many potential DA candidates I have talked to who lead with, ‘I’m going to be the Larry Krasner of fill-in-the-blank city.’”

While at the time of his first campaign Krasner was perhaps the most reform-oriented prosecutor to be elected, his win has also inspired many would-be prosecutors pushing for even greater change, said Roberts, citing San Francisco’s Chesa Boudin as an example. “Showing that someone with Krasner’s agenda can get elected I think encouraged tons more people, some with even more transformational politics than him, to get into these races.” After Krasner, reform-minded prosecutors were elected in other large cities, including Los Angeles, Dallas, Boston, and Atlanta.

But Krasner’s election and the reforms he enacted as soon as he took office also sparked a fierce backlash — making him a national target for law enforcement groups and prominent Republicans. Former President Donald Trump, for example, claimed in 2019 that prosecutors in Philadelphia and Chicago “have decided not prosecute many criminals” who pose a threat to public safety.

Krasner’s reelection bid came as an increase in gun violence in many U.S. cities — including Philadelphia — and calls to reduce the scope of policing prompted a return to tough-on-crime rhetoric and rebuke of reformist efforts. But other reform-oriented DAs in cities with considerable gun violence — like Chicago’s Kim Foxx and St. Louis’s Kim Gardner — recently won reelection bids despite sometimes vicious attacks on them.

“People want to see these prosecutors’ offices being focused on bringing down incarceration rates, and holding police accountable.”

According to a recent poll by Data for Progress, many of the reforms Krasner enacted remain popular with voters in Pennsylvania. Sixty-four percent of people surveyed expressed support for limitations to the use of cash bail, 60 percent were in favor of the decriminalization of drug possession, 75 percent favored sentence reductions for good behavior, and 68 percent supported terminating probation when supervision is no longer needed. Just this week, a Philadelphia City Council committee advanced a measure outlining procedures for a new police oversight board that will go to a full council vote later this week — the result of years of organizing by local activists who have pushed to create a body with power and funding to hold police accountable for misconduct, with renewed energy after police met protests last summer with brute force.

KRASNER WAS ELECTED in 2017 on a promise to end mass incarceration in the city and transform the way prosecutors approach crime. At the time, Philadelphia Inquirer columnist Will Bunch described Krasner’s win as “a revolution.” The win by a former criminal defense and civil rights attorney who had never worked as a prosecutor until his election ushered a new era into an office that had been run for two decades by one of the “deadliest prosecutors” in the country, Lynne Abraham, whose office sent 108 people to death row.

Krasner’s office pledged never to seek the death penalty, stopped requesting cash bail for low-level offenses, expanded diversion programs for some gun offenses, and stopped prosecuting marijuana use and sex work. He also took a hard line on police accountability, brought charges against more than 50 officers accused of misconduct, and instituted a “do not call” list of officers with a history of misconduct and dishonesty that his office deemed unreliable witnesses and would not call to testify in court. The district attorney revamped a conviction integrity unit that has helped to exonerate 20 people since he took office in 2018.

The DA’s decarceral approach drew criticism from city residents and police forces who claimed that Krasner’s policies drove a spike in gun violence in the city last year. Krasner has also faced pushback from the left, including some of his supporters and groups like the Philadelphia Bail Fund, which said he hasn’t lived up to his campaign promises to end cash bail. Krasner’s office has continued to request high-dollar figures for cash bail in certain cases, and it’s an issue the DA acknowledges he hasn’t solved.

The fight over Krasner’s handling of cash bail is just one that highlights the limitations facing prosecutors running on promises of reform, said Chenjerai Kumanyika, a scholar and journalist in Philadelphia, and assistant professor of journalism and media studies at Rutgers University. Even some of Krasner’s allies are clear-eyed about the impracticality of investing in progressive prosecutors as a long-term solution to the problem of mass incarceration, Kumanyika explained. 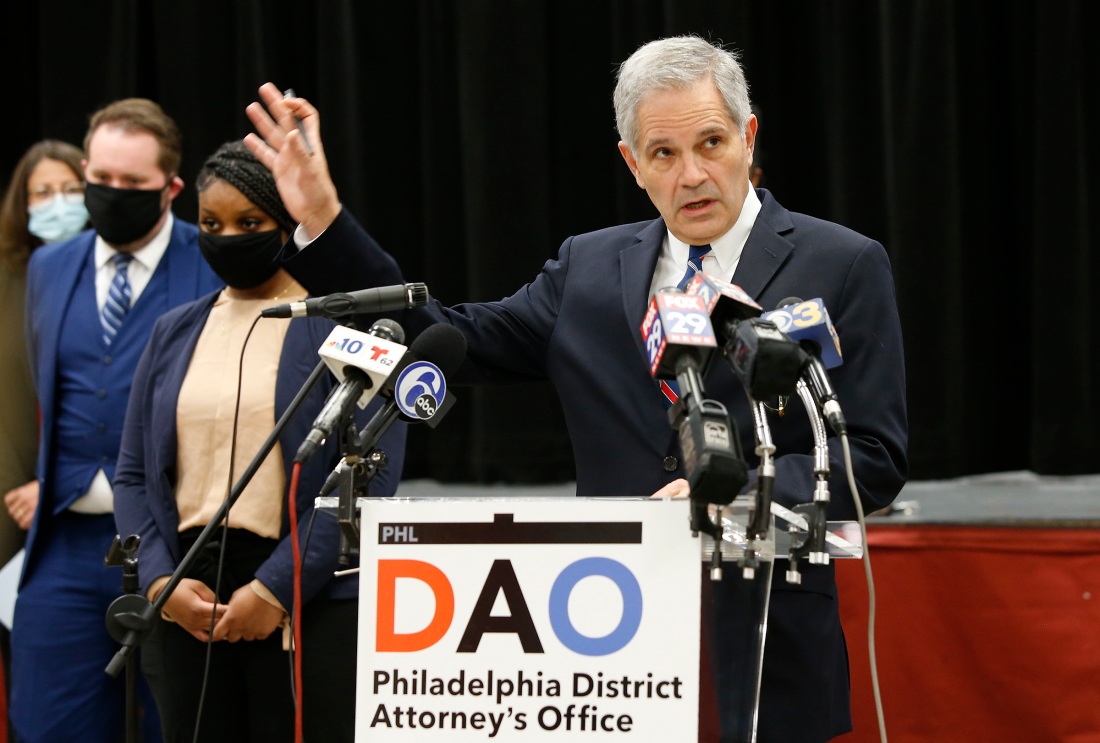