The rapid mass urbanization of San Francisco is making it increasingly dangerous for the citizenry to safely navigate. This is a price San Francisco will pay for permitting unchecked urban sprawl to run rampant.

Pablo Ramirez was living his dream in San Francisco. The native of New York came to the city with his skateboard and made a name for himself as one of the fastest skaters on the famously steep hills. His stunts were death-defying.

That all ended in tragedy on Tuesday when the 26-year-old was fatally struck by a dump truck while skateboarding up Seventh Street in the city’s South of Market neighborhood. Witnesses said Ramirez was hanging onto the back of a moving vehicle and being towed just moments before he was killed, police said.

Ramirez’s death marks the 11th person to be killed by a vehicle this year in San Francisco. Seven pedestrians, including Ramirez, one bicyclist and three people in vehicles have been killed, police said.

Paramedics found him unconscious, his twisted body bleeding in the middle of Seventh Street between Natoma and Minna streets. They attempted to revive him, but he was pronounced dead at the scene, police said.

His death sent shock waves through the San Francisco skateboarding community. As his friends learned what happened, they converged on the scene, crying and hugging while news of Ramirez’s death spread on social media.

Ramirez’s body was covered with a yellow tarp just feet from his overturned skateboard and a single orange sneaker that was knocked off in the collision. Nearly a dozen of his friends watched in horror, many doubled over in grief, as the medical examiner loaded his body into a white van.

Investigators were speaking with witnesses and gathering security video as they worked to determine what happened in the moments before the fatal collision. The truck driver remained at the scene and was cooperating with investigators. Police do not suspect drugs or alcohol were factors in the wreck.

The truck had markings reading UPC Hauling, a South San Francisco company that dissolved in 2018, according to records. Attempts to reach the truck’s registered owner were unsuccessful.

Ramirez, known on Instagram as “Psplifff,” posted his last skateboard video four days ago. On Tuesday the comment section — he had nearly 30,000 followers — was full of tributes. One called him “King of your time.” Another read, “Ride on brother, you will always be one of the fastest to ever do it.”

Ramirez, who was also a DJ and painter, previously traveled to Russia with a group from Thrasher. Last summer he went to the Dominican Republic, where his family was originally from. He posted videos of his time there. 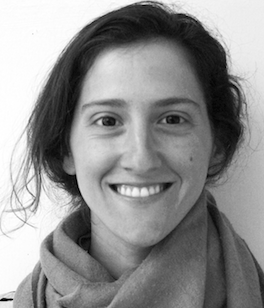 Tuesday’s deadly accident happened a little more than a block from where a truck crushed bicyclist Tess Rothstein last month. A driver opened her door into the bike lane at Sixth and Howard streets, prompting the 30-year-old Rothstein to swerve into the truck.