A group of right-wing protesters gathered at San Francisco’s City Hall Friday for what was billed as “Rally for Free Speech” to protest perceived censorship by social media companies.

The protest drew around 50 to 70 people sporting “Make America Great Again” hats, pro-Trump signs and military-style clothing, as well as a smaller group of around two dozen left-wing counter protesters. 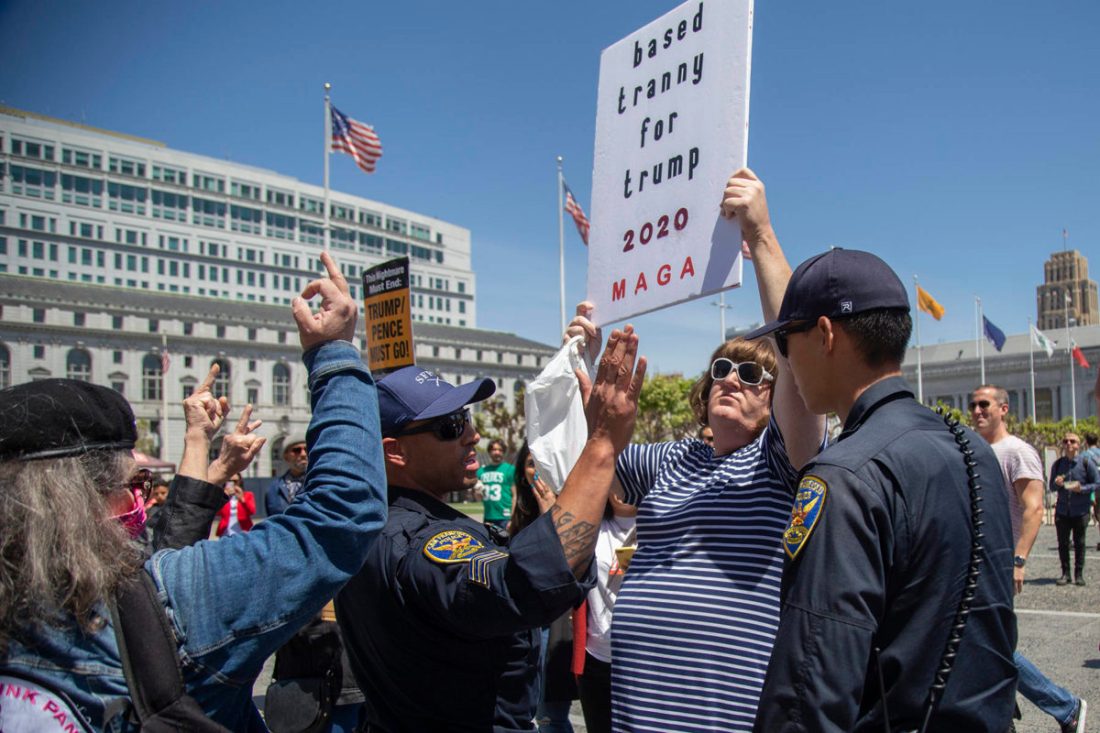 The protesters argued that the recent suspension of some far-right figures for behaviors such as bullying and hate speech demonstrates bias against conservative voices.

Prepared for trouble, city officials erected barricades around City Hall before the noon rally and dozens of police officers lined up between the two chanting groups of protesters in an attempt to keep them apart. 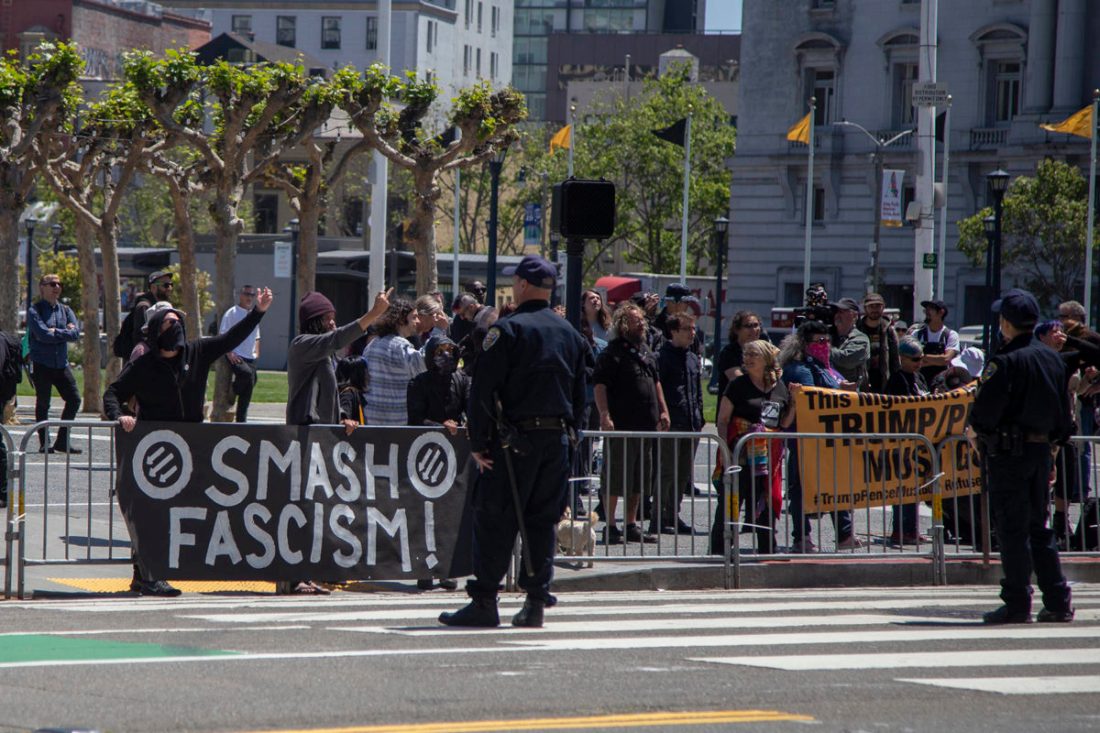 There was no violence, and no obvious weapons visible, but a number of angry verbal confrontations broke out between the two sides before the counter protesters left the scene and the crowd dispersed.