This piece by Heather Knight describes so well, in very personal terms, the issues regarding the SFPD Police State like assault on a free press. Heather is quite right.  Nearly every public official in this “progressive” town has looked the other way and condoned the totalitarian action by the cops with the tacit permission of a compliant judiciary. San Francisco in general should be ashamed of itself. Heather is to be commended for speaking truth to power.

The political spectrum in this country isn’t so much a line from left to right, but a circle. The further left a person goes, the more in common he or she has with somebody on the far right.

Take the shocking story of the San Francisco police bringing a literal sledgehammer to a journalist’s door — and a metaphorical one to the freedom of the press — on the morning of May 10. The officers were brazenly and clumsily trying to find out who among their ranks leaked the police report describing the seedy details of Public Defender Jeff Adachi’s death to freelancer Bryan Carmody, who in turn sold it to television stations.

As if the sledgehammer wasn’t enough, Carmody said the officers drew their guns and handcuffed him — for six hours. Picture that. Being handcuffed in your own home and forced to look on as police seize your laptops, phones and notebooks, the ones containing work from your 29-year career.

Is the San Francisco Police Department acting like Keystone Cops and going to ridiculous lengths to show supporters of Adachi they take seriously that one of its officers leaked the details of his death? Or did the department intend to send a very serious, very scary message to journalists?

Imagine seeing this story pop up on your phone. Must have been in some small town in the South, right? One where everybody voted for Donald Trump and believes the president’s crazy rants about “fake news” and journalists being the “enemy of the people”?

Nope, it happened right here in supposedly progressive San Francisco. You know, the cosmopolitan city where we treasure our freedoms. When it suits us anyway. And the most troubling part? The fact that so many city officials were in on it — and so few have condemned it after the fact.

Two Superior Court judges — Victor Hwang and Gail Dekreon — signed off on the warrants. (Sources say Hwang has been telling people around town there’s “more to the story,” but nobody but Hwang seems to know what that is. A spokeswoman for the Superior Court said judges cannot comment, citing ethical rules.)

Two FBI agents were on hand during the raid, too. And Mayor London Breed, to whom Police Chief Bill Scott reports, issued a milquetoast statement that managed not to say much at all, other than that the Police Department “went through the appropriate legal process to request a search warrant.”

I’ve covered three mayors — four if you count the brief tenure of Mark Farrell last year — and their feelings about the press seemed to range from irritation to anger, depending on the day. But the First Amendment? You’d think they’d appreciate that. 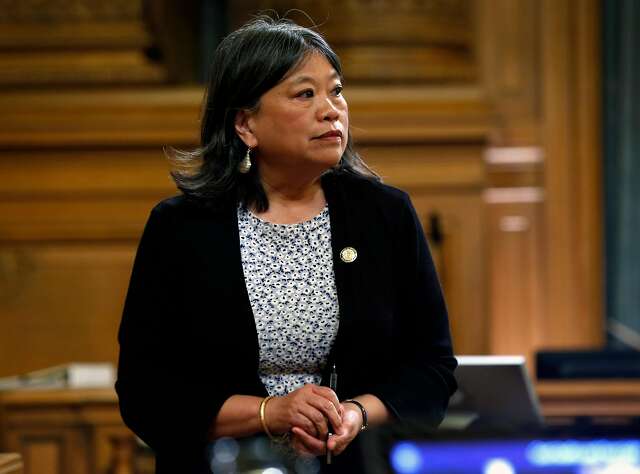 Supervisor Sandra Fewer, who is married to a retired police officer, told the San Francisco Examiner that it’s “illegal to obtain a police report unless it has been officially released.” That’s false. It’s perfectly legal for a journalist to receive a leaked document, and it’s essential to our role of serving as government watchdogs.

Fewer later clarified: “The truth is, I am not a legal expert.” No kidding.

Despite so much support for the Police Department’s actions, I still — perhaps naively — expected some contrition from Scott when he explained the raid to the Police Commission Wednesday night. He’s a genial guy who doesn’t relish the limelight or political fights, and I figured he’d strike a conciliatory tone. Maybe even apologize.

Scott doubled down on the whole sledgehammer-to-the-door operation. Even though the story had gone viral and rightly earned the scorn of First Amendment groups nationwide. Even though the raid pretty clearly violated California’s shield law, which protects journalists from having to give up their sources.

“We have to do our jobs and make sure reports are not released when they are not supposed to be released,” Scott said. “If there’s criminal activity that’s proven, we want to get to the bottom of that.”

And also: “We are committed to maintaining the public’s trust. The leak was a breach of the public trust, and I understand that and we’re investigating that leak fully, including allegations of misconduct, potentially by members of the San Francisco Police Department.”

How does taking a sledgehammer to a journalist’s door maintain the public’s trust? Why can’t Scott use his own detectives — you know, the ones charged with solving crimes — to figure out who on his staff leaked the report?

Asked about the chief’s statements, David Stevenson, a spokesman for the Police Department, sent a statement tripling down on them.

“The citizens and leaders of the city of San Francisco have demanded a complete and thorough investigation into this leak, and this action represents a step in the process of investigating a potential case of obstruction of justice, along with the illegal distribution of confidential police material,” he emailed.

One justification for this bizarre raid seems to be that nobody liked Carmody or the kind of journalism he practiced. I’ve never met him, but he seems either unknown or disliked by everybody I’ve talked to in journalism circles or at City Hall.

But the law protects everybody — that’s the whole point of a law. It doesn’t matter if you’re popular or powerful. If you’re a stringer who sells information to media outlets or a Pulitzer Prize winner. Attorneys say California’s shield law protects all journalists, including freelancers like Carmody.

Note that The Chronicle had the same leaked police report, though we didn’t get it from Carmody and we didn’t pay for it. Why didn’t the Police Department raid one of our homes and handcuff us? Would the police chief, Superior Court and mayor have been OK with that?

“A free press is a fundamental pillar of our democracy and must be protected,” Peskin said. “The fact that the Superior Court nevertheless signed warrants authorizing police to conduct the raid on a journalist’s home and to confiscate their belongings boggles my mind.”

Supervisor Hillary Ronen said San Francisco progressives relish leaks from the Trump administration, which have been the basis for so many national stories putting the president in a negative light. But she added that means supporting local journalists’ rights to receive leaked information, too, even if it put Adachi, beloved by the city’s progressives, in a negative light.

“We cannot have it both ways,” Ronen said. “I am shocked that the judges in this case, the police chief, the mayor, that so many levels of government aren’t decrying this abuse of power. … Never in my wildest dreams did I think they would sledgehammer a journalist’s door and take all of his equipment. It’s an abuse of power, and I don’t know what’s going on here.”

You and me both, supervisor.