Let’s hope that this Con artist who self promoted his way into the White House is FINALLY being given the treatment that egomaniacs and serial liars deserve.

US President Donald Trump has failed in his legal attempt to stop Congress subpoenas to force Deutsche Bank to release his financial details. The German bank reportedly lent Trump over $2 billion in the last 20 years.

US President Donald Trump has lost a legal battle to block Congress from subpoenaing his financial records from two banks. The president also said he would not work with the House unless it stopped investigating him or his finances. 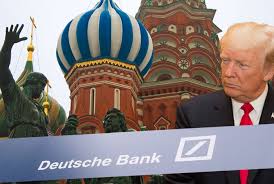 New York District Judge Edgardo Ramos ruled on Wednesday that Trump, his family, and his company were “highly unlikely” to succeed in a lawsuit claiming that the subpoenas by Democratic lawmakers were unconstitutional. Ramos said the subpoenas have “a legitimate legislative purpose.”

The move could mean that Deutsche Bank and Capital One, two banks that Trump has borrowed millions of dollars from, may be forced to release their documents on the president.

A 2017 disclosure form showed that Trump had had at least $130 million (€116 million) of liabilities to Deutsche Bank alone, with the new subpoena seeking more records of accounts, transactions and investments linked to Trump, his immediate family and their various businesses.

The New York Times has reported that Trump owed Deutsche Bank some $300 million when he was inaugurated in 2017. The bank has said it would comply with subpoenas.

The lawyers for the Congress’ House Financial Services and Intelligence committees said they needed access to documents from the banks to investigate possible “foreign influence in the US political process” and possible money laundering from abroad.