H. Rap Brown  said, “Violence is American as Apple Pie.”  That was 50 years ago and with the Racist White Nationalist in power, Mr. Brown has been proven all too correct. The President’s Base is acting out its nihilistic fantasies in real time.

People hold their mobile phones with flash on during a vigil in Ciudad Juárez, Chihuahua state, on Saturday after a mass shooting which left 20 people dead in El Paso, Texas. Photograph: Hérika Martínez/AFP/Getty Images

Donald Trump faced a barrage of criticism on Sunday as the US reeled from a brutal mass shooting in the border city of El Paso, Texas, on Saturday, linked to white nationalism and anti-immigrant hate rhetoric.

Trump made no reference to the nature of the alleged hate crime in El Paso and did not speak about gun control, but added: “Hate has no place in our country. We’re going to take care of it.”

A total of 20 people were killed in the majority Latino city, nestled in western Texas on the US-Mexico border, as federal authorities investigated a potential hate crime and local prosecutors charged a 21-year-old white man, Patrick Crusius, with murder and said they would pursue the death penalty. 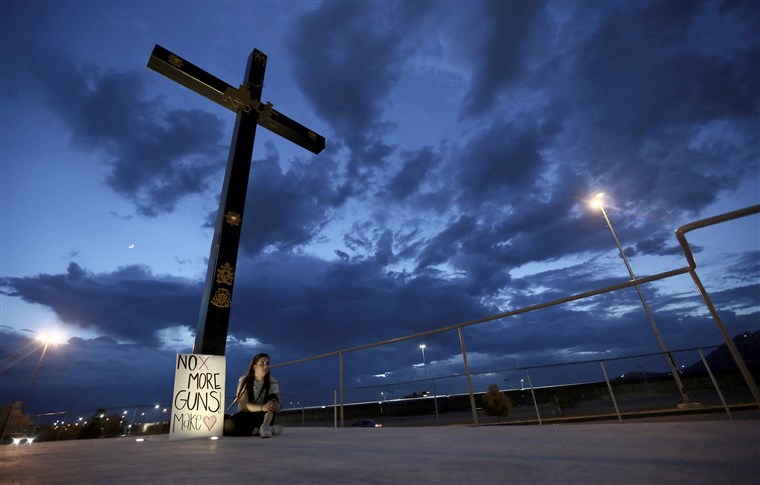 The suspect was from the town of Allen 650 miles from the site of the shooting, at a busy Walmart in the city.

Less than 13 hours later another mass shooting took place in the city of Dayton, Ohio, leaving nine dead there and bringing the total injured from both shootings to at least 52.

Authorities in Dayton named the shooter as 24 year-old Connor Betts and listed the names of the nine people killed, which included the shooter’s 22-year-old sister Megan Betts.

Police in El Paso were examining a hate-riddled message on the website 8chan, posted around 20 minutes before Saturday’s attack, in which the author expressed sympathy for a white nationalist massacre at mosques in Christchurch, New Zealand, a few months ago, and which stated: “This attack is a response to the Hispanic invasion of Texas.”

Donald Trump eventually addressed reporters over a day after the shooting in El Paso, having sent a few short tweets and issuing a presidential proclamation to lower flags to half mast earlier in the day.

As the US president travelled back to the White House from his golf resort in Bedminster, New Jersey, Trump said: “I want to extend our condolences from El Paso, Texas and Dayton, Ohio. They’re incredible people, they’ve been through a lot.”