Determined, methodical, relentless. I have been in the Elizabeth Warren camp since the day of her announcement last winter. The Senator will be the nominee.  The Wall Street Journal and Fox juggernaut will go into Bloviation Overdrive to tear her down.  The above photo montage in a recent WSJ is illustrative.

A new national poll of the Democratic presidential primary suggests the race could soon start to feel like a two-way contest between former Vice President Joe Biden and Massachusetts Sen. Elizabeth Warren.

Mr. Biden and Ms. Warren lead the latest Quinnipiac University poll of Democrats and Democratic-leaning voters, with 32% and 21%, respectively. That marks a high for Ms. Warren in the poll, which put Sen. Bernie Sanders (I., Vt.) at 14% and Sen. Kamala Harris (D., Calif.) at 7%—a major drop from the 20% Ms. Harris boasted after the first debates in June.

According to the sample of 807 people contacted for the poll, Ms. Warren was the winner of the July round of debates. Twenty-eight percent of respondents said she did the best job in the debates, ahead of Mr. Biden, with 15%. Mr. Sanders, another leading progressive vying for some of the same supporters, took 8%.

The Massachusetts senator’s debate performance seems to have earned her support in the race: Her 21% in the recent poll taken just after the CNN forum July 30 was up from 15% in a Quinnipiac poll taken just before the debate. 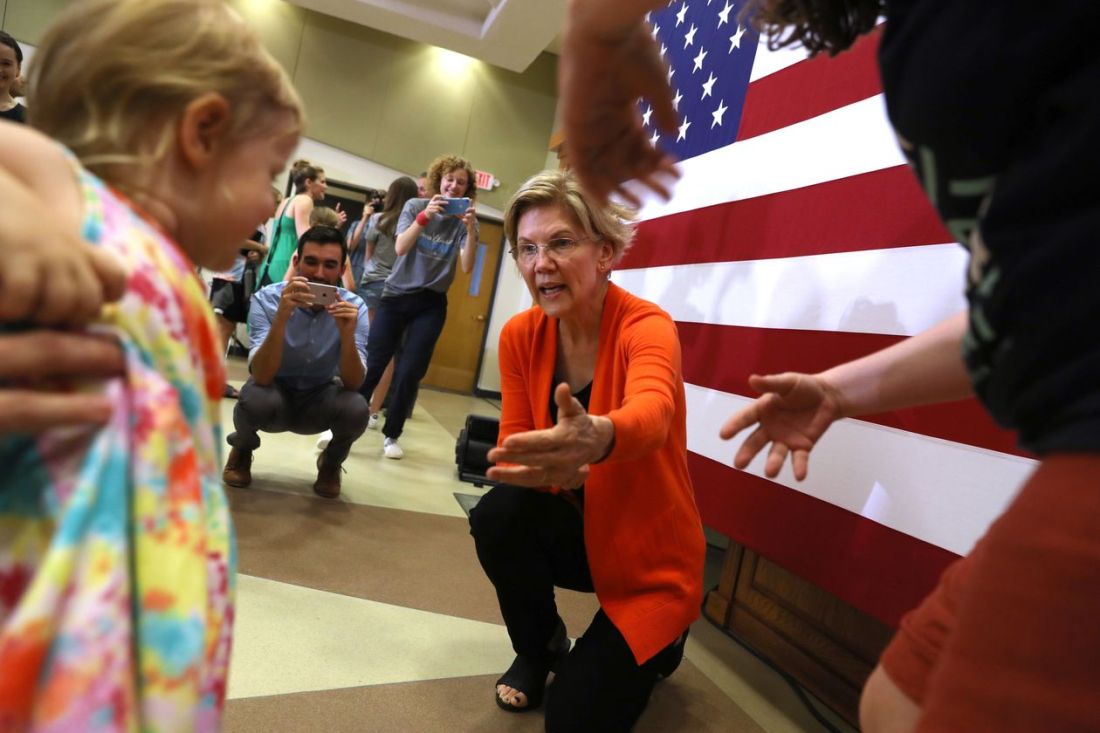 Her strong night at the last debate is not the only—or main—reason to think she and Mr. Biden will begin to dominate the race. The candidates represent two emerging choices for Democratic voters in the primary race: a candidate who can beat President Trump versus one with compelling policy ideas.

Ms. Warren has consistently led on who has the best policy ideas, notching 32% in the latest poll, well above Mr. Sanders’s 16%. And Mr. Biden is without peer on the question of electability: 49% say he has the best chance of beating Mr. Trump. Mr. Biden’s overall support has also appeared to stabilize since dipping after the first debates.

The division between electability and compelling policy is not just an imaginary one. The Quinnipiac survey found that 46% of voters value a candidate who shares their policy views, while 50% want someone who is the “most electable.”

With the Democratic primary so far focusing on the question of finding a candidate with policy bona fides versus a candidate with perceived electability, Mr. Biden and Ms. Warren seem like compelling standard bearers.