The public needs to stand up and call out the San Francisco Police Offficers Association for its unethical and scurrilous attack on Chesa Boudin.

The San Francisco Police Department is already under State investigation for its behavior.  The hit piece sent to San Francisco voters is the latest example of a renegade SFPD and its handmaiden, POA.

The POA has set up a political action committee to destroy the candidacy of Chesa Boudin.

It is reprehensible that the SFPD is weaponizing children in its last ditch attempt to keep Chesa Boudin from being elected District Attorney.

Earlier this year the POA besmirched and vulgarized the reputation of the late Public Defender Jeff Adachi through its vicious public comments following his sudden passing on February 22.

The POA’s action was part of a campaign by the San Francisco Police Department to tarnish the legacy of Jeff Adachi.

Two days after his death the SFPD surreptiously leaked  police reports to the media prepared the night of his death.  The SFPD violated all established policies regarding police reports.  The attempt to tarnish Jeff Adachi backfired.  The public was outraged.

The mailer arrived in the October 24 mail.  The POA PAC is called Committee for a Safer and Cleaner San Francisco. 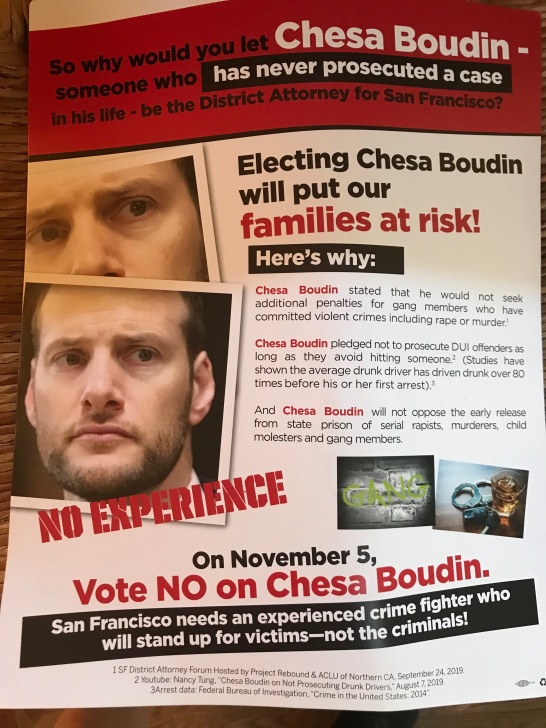