You would think The Feds must have better things to do than hassle dogs and their owners.  Can we expect a Tweet from the White House incumbent about this latest attempted to smack down the rights of our canine friends?  Woof Woof!!!

The National Park Service has revived a decades-long quarrel with local dog owners this fall by announcing changes to dog-access rules set to take effect Oct. 28 within the Golden Gate National Recreation Area.

Released in a draft of the park’s biannual rulebook, the Superintendent’s Compendium, the regulations restrict dog walking in park lands across San Francisco, San Mateo and Marin counties, and expand park officials’ discretionary authority to cite and fine dog owners, and impound their pets. 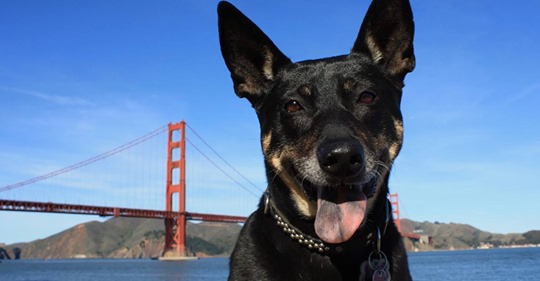 In San Francisco, the changes include requirements to leash dogs on stairwells at Ocean Beach and in several parking, wildlife and plant protection areas in Fort Funston. Even stricter restrictions apply in San Mateo and Marin counties, where dogs will be banned from several park trails if the compendium is implemented.

Park authorities claim the changes are too small to require a public comment process. But several hundred dog owners have sent in comments anyway, insisting that the regulations are highly problematic and should be removed from the document.

“If they don’t make changes that satisfy our concerns, we will sue,” said Sally Stephens, a longtime member of a dog owners advocacy group, SF DOG, and a San Francisco Examiner columnist. “They used an improper procedure process to make changes that are highly significant, given the 30-year history we have with them.”

It wouldn’t be the first time dog owners have sued. Local dog advocacy groups and elected officials have been at odds with the park service since the late 1990s, when park officials first tried to ban dogs from 12 acres of land at Fort Funston to protect threatened bird species.

The fight continued through the early 2000s, when some groups sued park authorities over a plan that attempted to ban off-leash activity on park lands altogether. Dog owners won that battle.

And in 2017, after a protracted fight over a proposed dog management plan that would have halved the park lands where dogs were allowed to run off leash, it looked like they’d finally won the war. After a dozen dog owners filed a Freedom of Information Act lawsuit and obtained proof of illicit cooperation between park authorities and dog-restriction advocates, the park service dropped the plan altogether.
https://www.sfexaminer.com/news/park-service-reopens-long-running-fight-with-dog-lovers/