If incumbent Tony Montoya is the “reasonable”POA leader who seeks better relations with City Hall I cringe at the thought of his potential successor.

Most abhorrent was the public trashing of Jeff Adachi by a former POA President shortly after the Public Defender’s untimely passing in February 2019.

Under Montoya’s leadership the POA unleashed its vicious campaign and unsuccessful smear candidate against candidate Chesa Boudin.  When Supervisor Sandy Fewer called out the POA on election night with its spot on “Fuck you” chant the POA went into the full over the top attack mode.

The potential Rich Cibotti incumbency can only promise more of the same.  More POA bombast.

San Francisco Police Officer’s Association president Tony Montoya led by a scant 15 votes in last week’s election to be the new head of the police union, sending the race into a runoff in the coming weeks.

Montoya received 836 votes from union members, while Rich Cibotti, a San Francisco police sergeant at Tenderloin Station and attorney who defends officers in police discipline cases, received 821 votes. A third candidate, Joe Valdez, the union’s former treasurer who works in the Airport Bureau, received 46 votes, according to an internal message to union members obtained by The Chronicle.

Because no candidate received more than 50% of votes, the election heads to a runoff between Montoya and Cibotti in the coming weeks.

The election comes at a time when rank-and-file officers have faced public attacks — including a widely seen eruption from progressive Supervisor Sandra Fewer who led a “F—the POA!” chant at an election party for new District Attorney Chesa Boudin. Officers have also been increasingly concerned about Boudin, who ran on a platform saying he would be tougher on officers in cases of brutality. 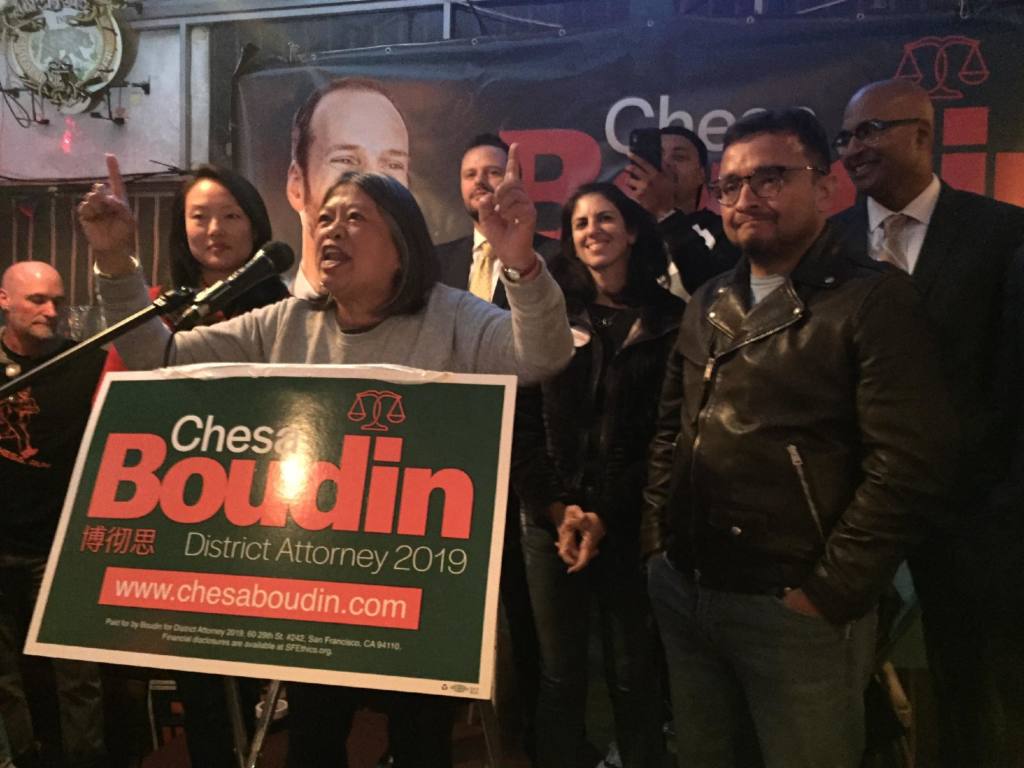 Montoya and Cibotti would likely take similar positions on issues concerning union members, but are expected to differ in their style and approach.

“The votes tell you all you need to know,” said Gary Delagnes, the union’s brash former president who supports Cibotti. “There’s a tremendous difference in opinion in the way the POA should move forward. Tony’s style has been ‘Let’s get along. Let’s extend our hand and see if we can make things better.’ But I believe in aggressive leadership. You have to fight and scratch and claw for everything you get.”

The union has become increasingly isolated in city politics under Delagnes and his successor, Martin Halloran, who fought police reform and defended officers in high-profile scandals — including revelations of racist text messages between cops. Where an endorsement from the city’s rank-and-file is a boon to candidates in other major city’s, many candidates in San Francisco don’t even seek the union’s backing.

Since taking over as president in May 2018, Montoya has tried to bring some prestige back to the union and pushed a more diplomatic and calculating approach to city politics than his bombastic predecessors.

He’s met with city officials he openly disagrees with politically, including Boudin and progressive supervisor Hillary Ronen, quietly advocating for the union’s 2,000 members.

“Delivering results to improve wages, benefits and working conditions is what our current board has done,” Montoya wrote in a message to The Chronicle on Monday. “There is a time to demonstrate our disgust and opposition with politicians as we did with Supervisor Fewer over her unhinged rant, and there is a time to work with other politicians who want a safer and cleaner San Francisco. I have demonstrated that I can do both and I believe the membership wants leadership that can do more than be angry, they want results.”

After retiring as an officer, Delagnes stayed on as a consultant for the union and remained a major figure in the organization under Halloran. Montoya fired Delagnes last year over an inflammatory Facebook post attacking Public Defender Jeff Adachi just days after his death. Delagnes said he’s not interested in coming back if Cibotti is elected.

While Montoya has been more diplomatic behind the scenes, he hasn’t shied away from public fights when it concerns his members.

He took a parting shot at former District Attorney George Gascón, who left officer in October, and blasted voters’ decision to elect Boudin after spending hundreds of thousands in attack ads against him. He called on Police Chief Bill Scott to resign following a famously bungled investigation into a leaked police report to a journalist. He also blasted the chief over his decision to promote officers over others who scored higher on their exams.