San Francisco is treating the Shelter in Place very seriously to the point of not passing those Joints around.

The City’s much ballyhooed annual 4.20 celebaration commemorating, now legal in California, marijuana was snuffed out by City Officials as a Health and Safety measure.

San Francisco seemed to take it in stride. Folks here figure there will be another time in another year to celebrate the Herb.

Anyway the citizenry can light up in the privacy of their Shelter in Place dwelling.

Adriana Sparkuhl approached the fence circling Hippie Hill in Golden Gate Park just before 4:20 p.m. Monday to capture the unusual scene on her phone: an empty meadow. Not a puff of smoke in the air. Park rangers cruising on four-wheelers and helicopters droning overhead.

“It’s official. Shut down,” the San Francisco resident said while filming the scene for her social media followers. “We’re at ground zero — we get to see it for ourselves.”

Like everything else, the unofficial 4/20 gathering of smokers, stoners and marijuana lovers in Golden Gate Park was hindered by the pandemic. City officials built a fence around Hippie Hill and Robin Williams Meadow where for many years thousands have congregated to smoke. Signs read: “CLOSED for COVID-19 (coronavirus) health precautions,” and police officers and park rangers patrolled the perimeter.

People complied. Typical park activity — joggers, walkers and bikers wearing masks and breathing fresh air — replaced the usual party scene. Officers who had been there since morning, and planned to stay all day, said there were few problems.

“So far things are going really, really well,” Scott said during a news conference early Monday afternoon. “I’d like to thank everyone for that but remind everyone to please keep this momentum going. This is literally a matter of life or death, and I don’t think I’m being melodramatic when I say that.”

“This is the bay, we’re Bay Area strong,” he said. “Let’s stay in the house, man. We love 4/20 but let’s not get out there in crowds and all that, let’s not do that. It’s gotta be canceled this year.”

On Monday afternoon, some park-goers forgetting what day it was were confused by the fence, while others showed up just to see it.

Jun Kobashigawa hopped off his bike, pushed his sunglasses to his forehead and snapped a few pictures on his iPhone.

“I guess I should get the fence,” he said, stepping back and snapping again. “It’s part of it.” 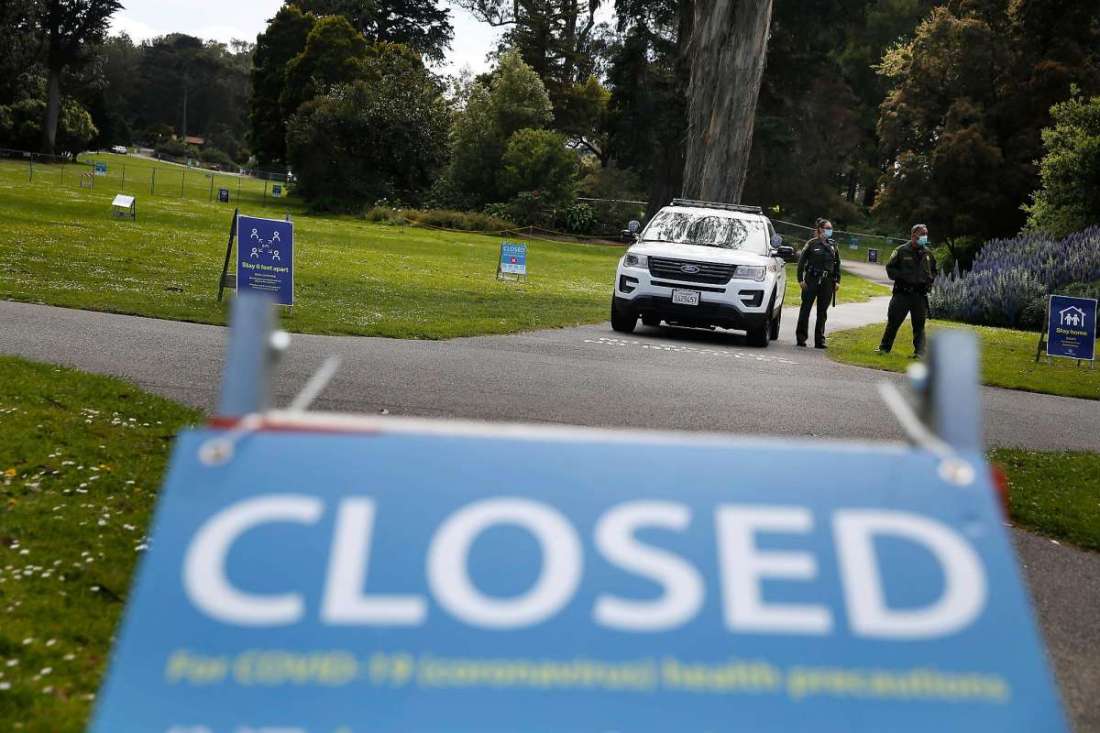 The longtime 4/20 participant spread his arms wide as he recalled the blanket of hazy smoke that drifted above a laid-back crowd in years past.

“Maybe I was stoned at the time,” he laughed. “But I was very impressed.”

Kobashigawa pedaled back down the trail with a treat tucked in his pocket to find a more secluded spot.