San Francisco has entered the strict, yet prudent, Purple tier of Pandemic restrictions. The purple regimen will start on Sunday.

The biggest howl  protest is coming from the local Archbishop Salvatore Cordileone. The archbishop is speaking in disengenuous tongues when he proclaims he is, “absolutely committed to public safety in conducting worship services.”

If the Archbishop was being honest and seriously looking after his parishoners he would be telling them to Deal with It and obey the health experts orders.

The Archbishop is not the only religious leader encouraging civil disobedience. The pastor at Temple Baptist Church Community is joining the disobedience brigades.

“Catholics in San Francisco are absolutely committed to public safety in conducting worship services,” he said in a statement. “Our protocols require masks, social distancing, sanitation and ventilation. But the government still chooses to treat worship as less important than shopping for shoes.” 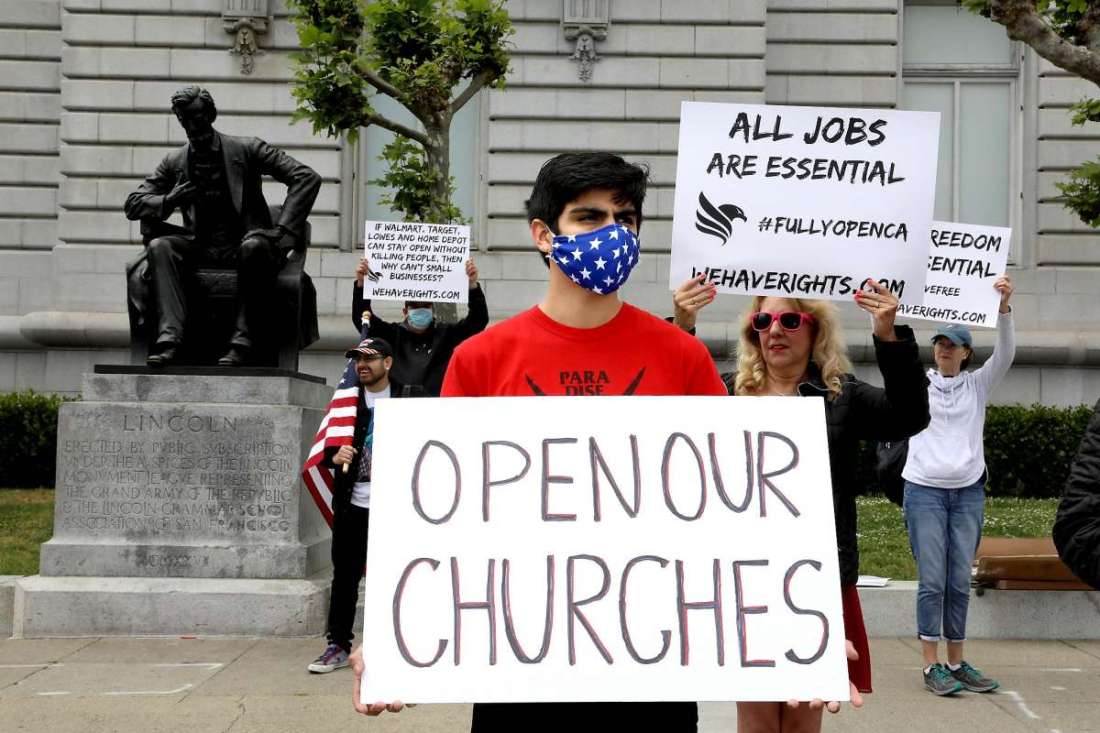 Temple Baptist Church Community in San Francisco plans to meet in person Sunday at 10 a.m., said senior pastor Gregory Chisholm, noting that the service will be over by the time the restrictions take effect at noon. Chisholm said the church already streams the service on Youtube and Facebook and will continue to do so. “We’re in unity with our city officials,” Chisholm said. “We’re here to bless the city, bless the mayor and officials, we’re in total unity.”

The move to purple will also shut down indoor operations such as museums, movie theaters, gyms and places of worship. Additionally, San Francisco will close its outdoor carousels, Ferris wheels and recreational train rides — which includes the new 150-foot-tall SkyStar Observation Wheel in Golden Gate Park.

The curfew will be in effect from 10 p.m. to 5 a.m. starting Monday, and it requires people to stay at home during those hours except for essential activities, including permitted jobs, grocery shopping, doctor visits and walking the dog or exercising. Most other Bay Area counties are already subject to the curfew.

“This is about protecting ourselves, our families, and our community, and getting us to a better place so we can get people back to work and support our small businesses,” Mayor London Breed said in a statement. “Every single person needs to do what they can over the next few weeks.”

It’s a sharp fall for San Francisco, which was in the least-restrictive yellow tier less than a month ago. The city has reported an average of 130 new cases a day this week, compared to 73 per day in the first week of November. 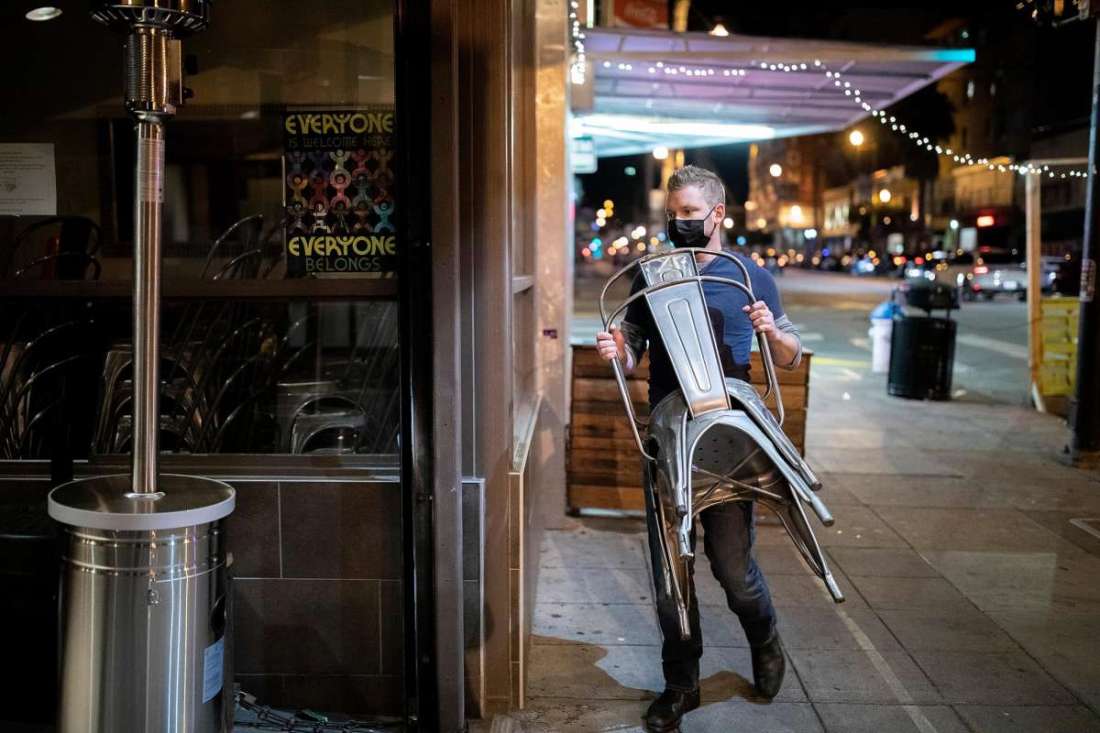