President-elect Biden and the country would be better served taking his German Shepherds for a brisk walk rather than playing football.

Nobody will fault him for leaving that sport to the younger generations. 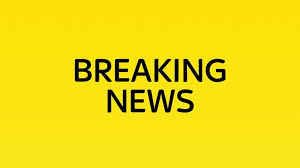 President-elect Joe Biden fractured his foot while playing with his dog, an injury his doctor on Sunday said will require him to wear a walking boot for several weeks.

Biden twisted his right ankle Saturday afternoon. His office reported the injury Sunday, saying the 78-year-old was being examined “out of an abundance of caution.” Biden arrived at Delaware Orthopaedic Specialists at 1096 Old Churchmans Road in Stanton shortly after 4 p.m.

Biden was playing with Major, one of his two German shepherds, according to his office. The Biden family adopted Major from the Delaware Humane Association in 2018, 10 years after acquiring their first dog, Champ.

He left around 6:30 p.m. to go to an imaging center for an additional scan. Reporters said Biden was visibly limping when he left the doctor’s office, but was walking without a crutch or other aid. A van blocked reporters and photographers from seeing Biden enter the facility.

“It is anticipated that he will likely require a walking boot for several weeks,” O’Connor said in a statement. 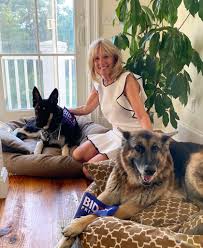 Dr. Jill Biden with the family dogs, Champ and Major