COUP D’ETAT, INSURRECTION, and IMPEACHMENT may be words of the week in most news outlets following the Trump inspired assault on Washington January 6.

It’s reassuring?? to know that Fashionistas still have their own priorities and are dispensing with some Glitterati critique for the incoming Veep in these nightmarish final days of Trump.

A “washed-out mess” or “sloppy work”? Social media users blasted the chosen photo, while the VP-elect’s team reportedly asked for another.
The pictures were shot by Tyler Mitchell, who gained fame as the first Black photographer to shoot an American Vogue cover in the magazine’s history — it featured Beyoncé in 2018. While Mitchell did not directly weigh in on the debate on Sunday, he tweeted the cover of Harris in the powder blue suit that evening. 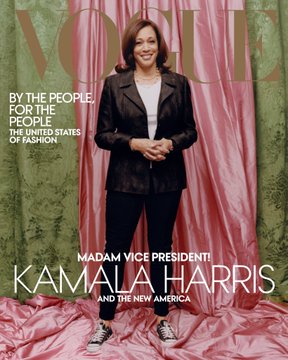 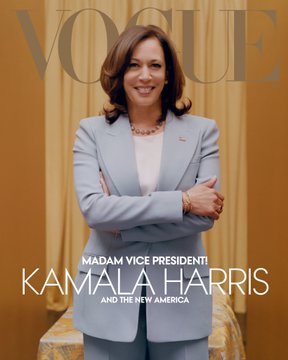 Vice President-Elect Kamala Harris, the first woman of color to hold the second-highest office in the US, will appear on the cover of fashion magazine Vogue in February. Yet the image chosen came under fire for being poorly lit and styled after the magazine tweeted it on Sunday.

In the picture in question — one of two that will be used for the digital version of the magazine — the Vice President-Elect stands in front of a pink drape with a pale green background, casually dressed in a two-piece suit and Converse Chuck Taylor sneakers.

Another felt it disrespected the Vice President-Elect in its sloppiness. “Folks who don’t get why the Vogue cover of VP-Elect Kamala Harris is bad are missing the point. The pic itself isn’t terrible as a pic. It’s just far, far below the standards of Vogue. They didn’t put thought into it. Like homework finished the morning it’s due,” wrote LGTBQ rights activist Charlotte Clymer.

Later on Sunday evening, the magazine released a second image that featured Harris dressed more formally in a powder blue suit in front of a gold backdrop.