The Rhythm Section is all about one woman’s revenge. It had a too brief appearance in the theaters in early 2020.

Just today it was released on Amazon Prime. If you are totally in a mental fog reading and watching news about the foiled Coup D’Etat of January 6 and the ceaseless pandemic here is some solid escapist entertainment.

Blake Lively makes the movie. The scene when she strips almost bare and walks into near a freezing Scottish lake made me shiver just watching her take a swim. That is one of the more subdued moments in this violent, gritty film.

The film is based on the 1999 novel of the same name by Mark Burnell.

Blake Lively is beyond good in “The Rhythm Section.” She is flat-out great. And what a surprise. She’s never been this good before.

“The Rhythm Section” — the title refers to coordinating one’s heart rate and breathing while shooting a gun — has an exceptionally smart script by Mark Burnell, who adapted his own novel. This is not the story of a woman who transforms into a killing machine. This remains the story of a fragile amateur, her life in ruins, who is in way over her head. Nothing goes the way it’s supposed to. 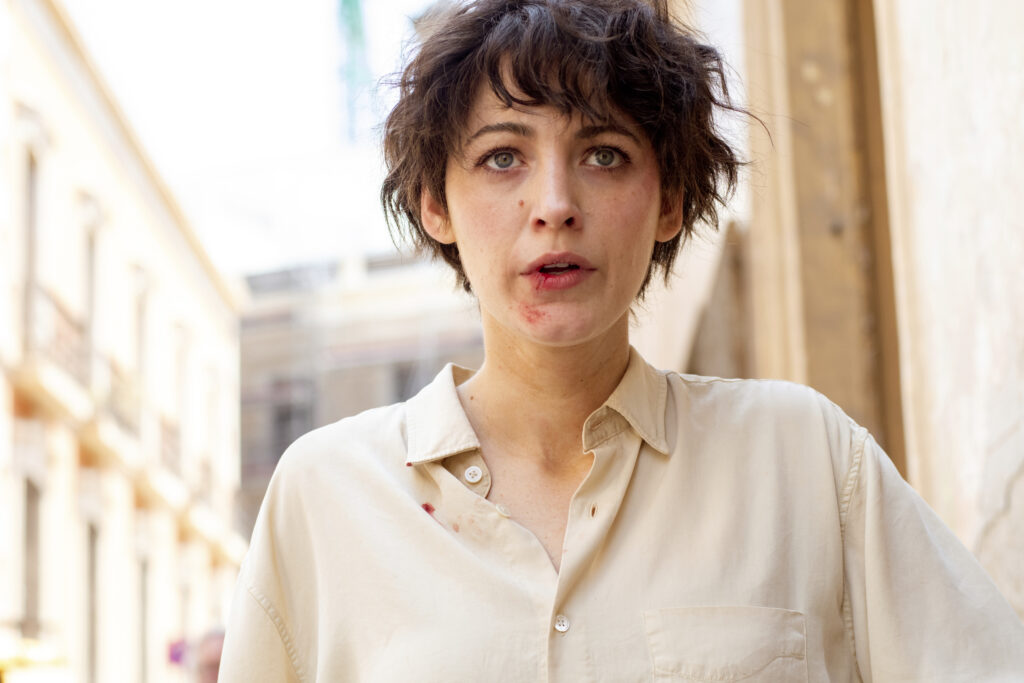 There is a lesson in this, one that audiences always forget and that critics should never forget, but we do: Actors are only as good as the chances they get. If someone seems like a lightweight, it might be because they’re stuck in lightweight roles. If Blake Lively has never seemed much more than a pleasant smile, maybe that’s because every other director has hired her only for that.

Now here comes this female director, Reed Morano, to tell us that whoever we thought Blake Lively is onscreen — she’s not what we thought. She is something else. She’s somebody you cast as the star in a film about psychic torment. She’s somebody you can make into an action hero. She’s somebody you could put in close-up for almost two hours, as though she were some powerhouse French or Italian actress, and not for one flicker of an eyelash will she give you even a millisecond that isn’t absolutely true.

In this film Lively has the gravity, the aura and even the look of Valeria Bruni Tedeschi, one of the best actresses in Europe. Lively is tough, vulnerable, cracking up, coming apart and fighting back, and she’s communicating thought and being every moment onscreen.

In an early scene, we see a woman, with tears in her eyes, watching a video of a happy family. Lively is in the family scene, but it takes a full minute to realize that she is also playing the woman watching the video, that she is looking at her past. Such is the change that she accomplishes.

We find out that her family — mother, father, sister and brother — was killed in a plane crash, and that she, Stephanie, has become a heroin addict and a prostitute. We further discover that the plane crash was the result of a terrorist act, but that the terrorists got away with it. Well, our Stephanie has nothing to lose. She doesn’t care if she lives or dies. She hooks up with a former MI6 agent (Jude Law) and volunteers to kill them all.

Along those lines, Morano gives us something here that we almost never see — a genuinely suspenseful chase scene: Stephanie is in a foreign country and people are shooting at her, so she tears off in a stolen car, only to find that she’s driving against traffic. And the car that’s chasing her is only about 10 feet behind. It’s the ultimate no-frills chase scene, but filmed with consummate skill, most of it from the perspective of the terrified driver. The resolution of the chase is equally simple and perfect.

Lively gets good support from her makeup team — she looks horribly unwell at the start of the film, with the complexion of a substance abuser, and only gradually begins to look reasonably healthy. She communicates her physical state through her labored movement, but the bad (and slowly improving) skin helps. Likewise, Lively benefits from having Law and Sterling K. Brown to play off of, not to mention Max Casella, who makes a vivid one-scene appearance.

But it’s Lively’s movie, and it’s she who kicks this superior thriller up an extra notch, to the point that it’s not only worth seeing for the excitement and thrills, but for her.

I would like to believe this is the beginning of something, a great epoch in Lively’s career. But even if it’s not, even if this is the career highlight, Lively has accomplished a performance onscreen that she can point to in 30 years and say, “Yeah, but I did that.” Because she sure did.