Great Highway Reality Check. The occasional reality check in the up in the clouds environs of Nextdoor is sometimes appropriate to bring folks down to earth next to the ocean. Attached are two photos taken at approximately 5:30pm during rush hour on a weekday. A fair and balanced (to quote Fox News which Nextdoor could be titled) is recommended. To the left is the Beach Chalet soccer fields lights aglow. Behind the lights is the beginning of the Great Highway CAR FREE zone. As you will, hopefully, admit there is virtually NO vehicular traffic either going towards or coming from Lincoln Way. So all this rampant editorializing about conditions confronting the long suffering motorist is just so much …. I leave it to the reader to fill in the blank. 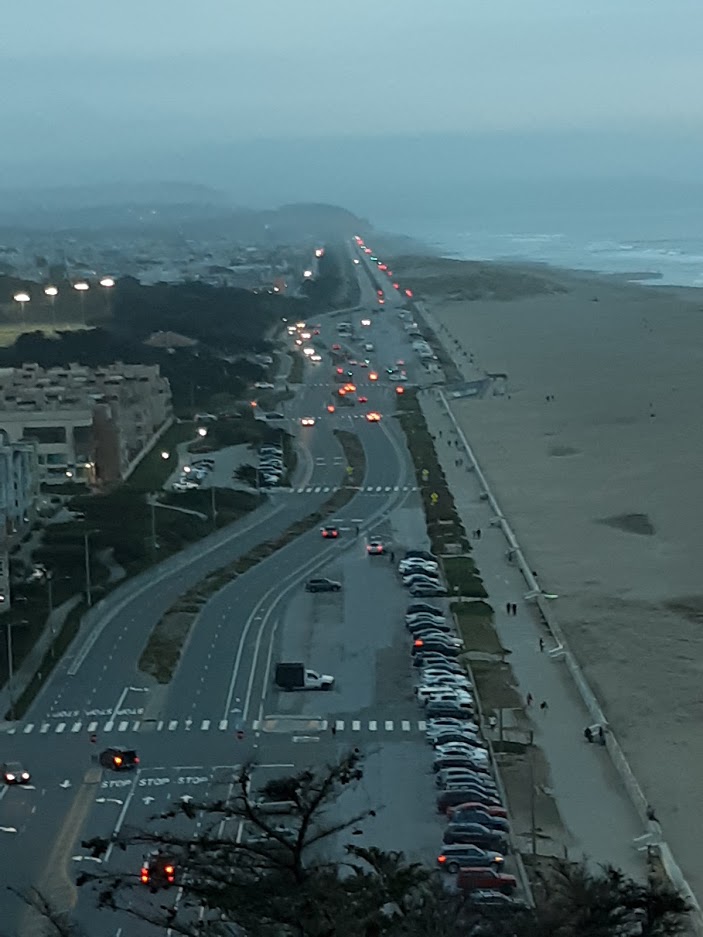 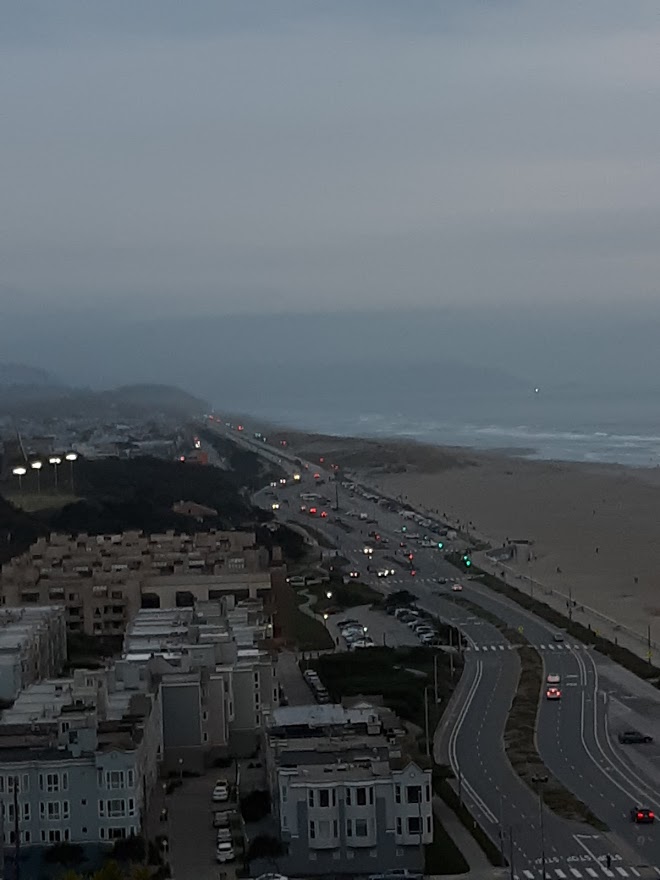