When there is a serious crime the DA will adhere to his campaign platform. Chesa Boudin will do whatever is necessary to prosecute and obtain Justice.

I doubt if there is  an uptick in serious crime in San Francisco.

It’s not true. There has always been an abundance of crime. Now it is reaching into the more affluent neighborhoods. When the marginalized, as is often the case, are the victims of crime it receives scant attention.

However, the public, egged on by the mainstream media, the Police Officers Association and online forums such as Nextdoor has found its culprit. Blame the District Attorney. The crime surge is a fiction woven out of whole cloth.

Reading the daily continuing political assault on District Attorney Chesa Boudin one could have the impression that San Francisco until recently was a crime free City.

A teenager charged with murder in the fatal attack on an elderly man who was shoved to the ground in San Francisco (see photo above) will not be released from custody while awaiting trial, a judge ruled Monday.

Antoine Watson, 19, has been held in County Jail since being arrested Jan. 30 for allegedly charging into 84-year-old Vicha Ratanapakdee two days earlier in the Anza Vista neighborhood. 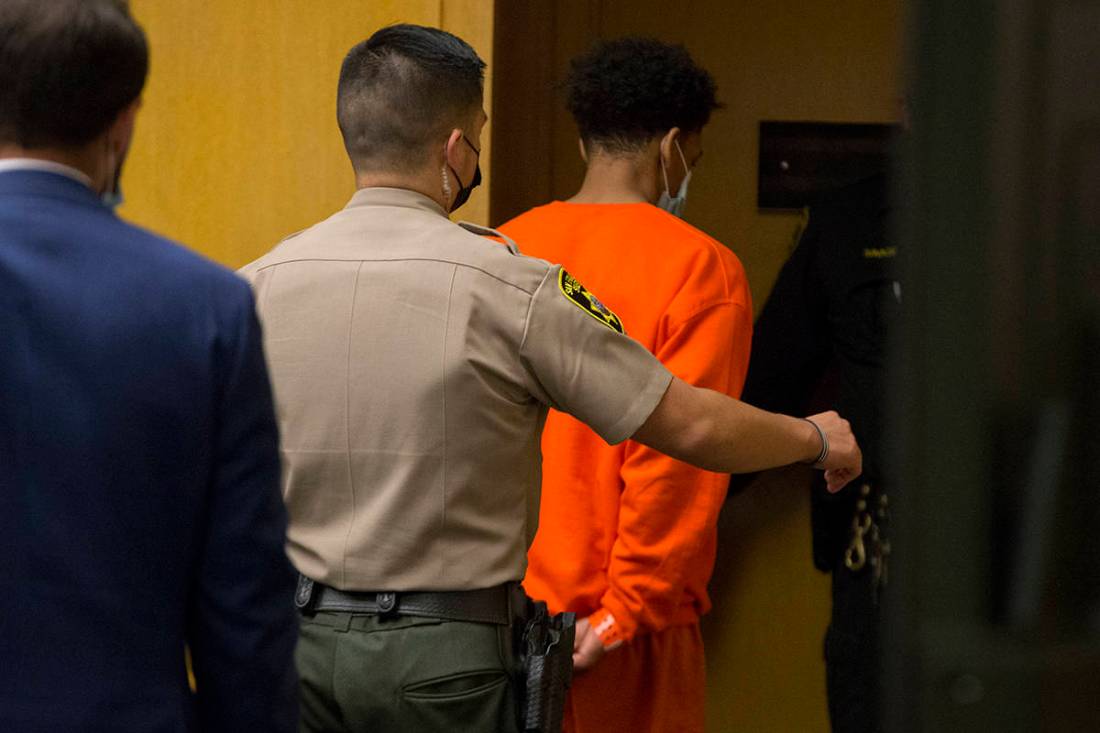 The ruling came after prosecutors argued Watson should remain in custody without bail for committing a “violent, unprovoked attack on a vulnerable victim incapable of protecting himself from harm.”

The Jan. 28 incident was captured on surveillance video that has since been widely shared on social media and made national news amid concerns about rising anti-Asian sentiment during the pandemic and other attacks against Asian American elders.

Ratanapakdee, who was originally from Thailand, was on his morning walk when authorities say Watson charged at him from across the street near Anzavista and Fortuna avenues at around 8:28 a.m.

Prosecutors have not alleged a motive for the killing, but Watson has not been charged with a hate crime.

Watson was “apparently vandalizing a car” when Ratanapakdee looked toward him and changed directions on his walk, Connolly said in his detention motion, citing surveillance footage from the scene.

The teenager then sprinted “full speed” at Ratanapakdee an instant after the elderly man looked back at him, according to the motion. Ratanapakdee was sent flying backward and landed onto the pavement.

A witness told police they heard a voice yell “Why you lookin’ at me?” twice before hearing the apparent impact, prosecutors said.

“There is absolutely zero evidence that Mr. Ratanapakdee’s ethnicity and age was a motivating factor in being assaulted,” Nawabi said. “This unfortunate assault has to do with a break in the mental health of a teenager. Any other narrative is false, misleading, and divisive.”

Nawabi said Watson comes from a biracial family that includes Asians and had “no knowledge of Mr. Ratanapakdee’s race or vulnerabilities” since the elderly man was wearing a mask, hat, sweater and jeans.

Still, Nawabi said he condemned anti-Asian attacks and empathized with anger over them.

It’s unclear why Watson may have been in the area that morning. Police arrested him in Daly City after running the plate on a silver BMW he and a woman left at the scene.

Watson had been cited by police for reckless driving, speeding and failing to stop at a stop sign following a collision involving the BMW earlier that day.

Body-worn camera footage from the encounter helped investigators link Watson to the incident.

Police also arrested a woman in connection with the case, but District Attorney Chesa Boudin has said she was seated in the car and played no apparent role in the attack.

Watson is facing up to life in prison. He previously pleaded not guilty to murder and elder abuse, and is due back in court March 4.