Journalists around the world are always at risk. The Taliban takeover in Afghanistan has placed women journalists in harms way. The Taliban with their prehistoric attitudes towards women can be expected to treat female journalists with terror and violence. A record which has already been made painfully obvious.

After the Taliban takeover, Afghan journalists should be permitted to leave the country as soon as possible. Women are in particular danger, according to Anne Renzenbrink from Reporters Without Borders.

The news from Afghanistan is devastating. Over the last few weeks, the Taliban have captured one province after another. Now, they have seized Kabul and are proclaiming “victory,” as TVs around the world show images of Islamist fighters in the presidential palace.

Five Afghan media workers have already been killed this year. More fatalities are likely to follow unless swift action is taken. Journalists’ lives are under threat.

The Taliban are also among the world’s biggest enemies of press freedom. In recent years, their numerous attacks on people working in the media have claimed several lives.

In 2017, for example, a cameraman and a colleague working for the Afghanistan National Assembly’s public broadcast channel were among those killed in twin bombings near the parliament building in Kabul. Two more colleagues from the station and a journalist from the weekly newspaper Kerad were injured.

The so-called “Islamic State” (IS) has also carried out repeated terror attacks in Afghanistan. In 2018, the group specifically targeted journalists in a twin attack in Kabul, killing nine media workers.

Afghanistan already regularly ranks among the world’s five most dangerous countries for journalists in Reporters Without Borders annual report on violence against media representatives. It is to be feared that the situation will deteriorate dramatically with the Taliban takeover. 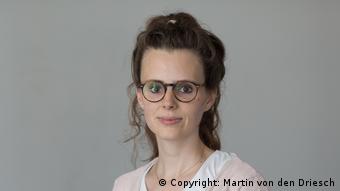 Women who work as journalists in Afghanistan are particularly at risk. On March 2 in the eastern city of Jalalabad three female journalists — Mursal Wahidi, Sadia Sadat and Shahnaz Raufi — were killed in a country where women are frequently the target of fundamentalist propaganda. (See top photo)

On December 10, 2020, two men opened fire on journalist Malala Maiwand’s car as she was traveling to work. Maiwand and her driver were both killed in the attack.

The Taliban takeover does not merely pose a danger to people’s lives. It also threatens to cut off their information supply. More than 50 media outlets — mostly local radio and TV stations — have been forced to shut down in Taliban-controlled areas. Those still in operation are only broadcasting religious programming or other content dictated by the extremist group. Some 100 journalists have lost their jobs because they have been forced to flee areas occupied by the Taliban and seek protection in the country’s big cities.