We acted as ushers and met Kathy Boudin at the inauguration of her son Chesa as San Francisco District Attorney on January 8, 2020.

May she Rest in Peace.

Excerpted from The San Francisco Chronicle 5.1.2022

Kathy Boudin, a former member of the radical Weather Underground who took part in a robbery that killed three people, an act that sent her to prison for 22 years and left behind a young son who would become the district attorney of San Francisco, died Sunday at 78.

Chesa Boudin, who was 14 months old at the time of the fatal robbery and was left with a babysitter, was raised in Chicago by the leaders of the Weather Underground, Bernardine Dohrn and Bill Ayers.

Her son, Chesa Boudin, speaking to The Chronicle on Sunday, said he took a red-eye flight to New York overnight and was able to say his final goodbyes. In a statement, he said that “my mom fought cancer for seven years in her unshakably optimistic and courageous way. She made it long enough to meet her grandson, and welcome my father home from prison after 40 years.”

Kathy Boudin was released from prison in 2003 and went on to earn her doctoral degree and become a Columbia University professor of social work who focused on criminal justice reform.

Boudin, along with Chesa’s father, David Gilbert, were members of the Weather Underground, a violent militant group that coalesced around Black Power causes and opposition to the Vietnam War.

While imprisoned, she taught literacy programs, helped gather funding for college programming in the jail, worked with fellow inmates who were HIV-positive, and earned her master’s degree in adult education.

“She always ended phone calls with a laugh, a habit acquired during the 22 years of her incarceration, when she wanted to leave every person she spoke with, especially me, with joy and hope,” Chesa Boudin said. “She lived redemption, constantly finding ways to give back to those around her.”

Upon her release, Kathy Boudin accepted a job with the St. Luke’s Hospital HIV/AIDS Center, where she helped create programs for women.

Gilbert was granted clemency last year by outgoing New York Gov. Andrew Cuomo, and was released from prison on parole in November. 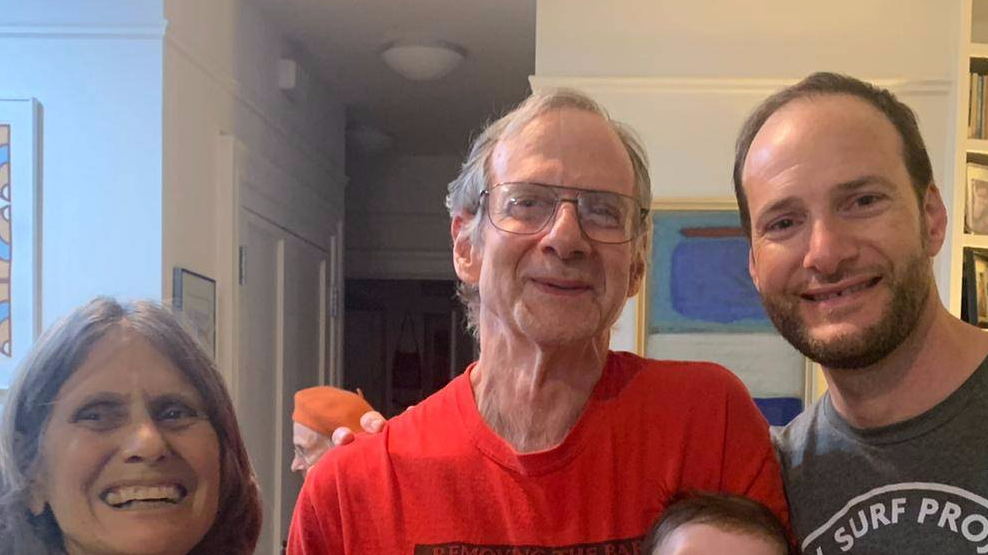 “My dad was here with her every day,” Chesa Boudin said.

After more than two decades of incarceration, Kathy Boudin became the co-director and co-founder of Columbia University’s Center for Justice, where her work focused on the criminal justice system and the harm caused by mass incarceration.

Kathy Boudin was a fugitive when she was arrested for the Brinks robbery. She’d fled from an explosion in 1970 at a Manhattan town house where the Weathermen made bombs. The daughter of civil liberties lawyer Leonard Boudin, Kathy Boudin had grown up in a home in which law and politics were debated.