Mayor London Breed continues nonstop and unchecked in her attempts to turn San Francisco into a Surveillance Police State.

The Mayor has placed her allies in many high level political positions.

After leading the Coup d’etat to oust Progressive Chesa Boudin, the Mayor appointed a Puppet District Attorney to do her bidding

Breed has appointed a City Attorney, a member of the Board of Supervisors, three members of the School Board and the General Manager of the Public Utilities Commission in addition to her myriad nominees to Boards and Commissions.

Mayor Breed is living in an alternative universe where she adopts an Orwellian surveillance strategy of rule by placing her allies in key positions, dismissing her critics and handing police all the power they desire.

Breed has made no secret about her goal of giving the cops unlimited power to monitor citizen activities.

Breed’s Orwellian surveillance proposal she is attempting to foist on the citizens of San Francisco will be on camera this week at the Board of Supervisors.

Excerpted from The San Francisco Standard 9.19.2022

Looming at the San Francisco Board of Supervisors on Tuesday, is the growing size of the camera networks that SFPD wants to access in real time—and the willingness of their owners to let police use them.

A surveillance proposal heads to the full Board of Supervisors for a vote Tuesday afternoon after clearing the board’s Rules Committee last week in a 2-1 vote.

Richmond District Supervisor Connie Chan cast the dissenting vote at committee.  “To say that this is somehow an additional tool that will make us safer,” she said, “I have doubts.”

Andrew Ferguson, a law professor at American University Washington College of Law and expert on police surveillance, said there is vast difference between a private person using a camera network to do store security, for instance, and police gaining live access to a network. 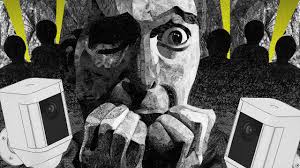 The distinction is that police can infringe on a person’s rights by following as they go about their daily life—to religious centers or protests, for example.

“Giving police access with only weak police-controlled limitations means you are flipping an on-switch into next-level city surveillance,” he said.

Ferguson said the proposal might be received more critically if the police sought to set up its own citywide, public-facing camera system, rather than seeking live access to an already established privately run network.

“By outsourcing surveillance to businesses and getting the cameras without cost, police have escaped the usual forms of formal accountability,” he said.

Jennifer Jones, a technology and civil liberties attorney at the ACLU of Northern California, said a provision allowing police to do live access for a criminal investigation was particularly ripe for abuse.

The ACLU’s Jones said it was so broad that even a minor offense “could be used for justification for sweeping live surveillance.”

Proponents of legislation, which is sponsored by Mayor London Breed, have tried to strike a balance between civil liberties concerns and giving police a tool to fight crime. They also included a 15-month sunset provision and a requirement that SFPD publicly report on its live video usage.