This has been a shameful dismal performance by San Francisco officialdom.

Joshua Klipp, Liz Heidhues and I went through the entire Appeal process to preserve the beautiful New Zealand Christmas Tree at 39th Avenue and Clement Street.

We prevailed. Yet, the City went its own merry way and totally blew off the Decision by its own SFPUC Hearing Officer.

It has been nearly month since we learned that the City and County of San Francisco willfully ignored the Final Decision by an San Francisco Public Utilities Commission Hearing Officer on July 6, 2022. Workers from the Recreation and Parks Department wantonly cut away a 9″ root on the tree.

In that Decision the Hearing Officer ordered the City to preserve the decades old New Zealand Christmas Tree at 39th Avenue and Clement Street.

On September 26, 2022 after nearly three weeks of imploring the SFPUC, The Department of Public Works, the Bureau of Urban Forestry and the Recreation and Parks Department we received the following on September 26. 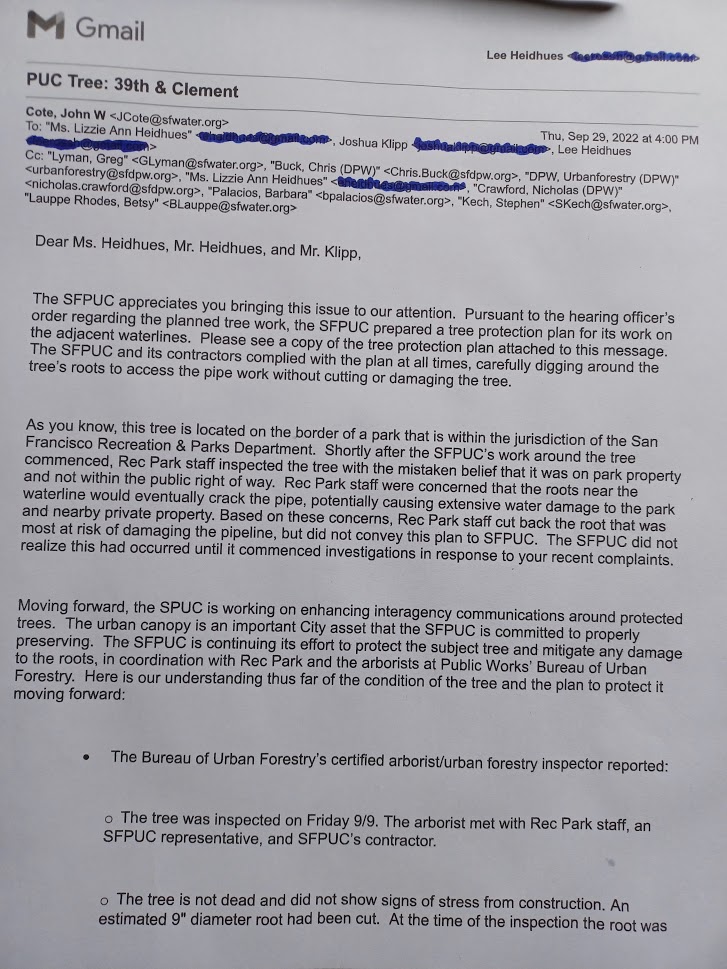 It now appears the mission to install a water pipe to accommodate the entitled class of golfers at Lincoln Park Golf Course is complete. The tree has been severely damaged in the process.

Whether it is able to survive only time will tell.