The San Francisco Asian Art Museum held a tribute on March 1 for Jeff Adachi to commemorate his life as both an advocate for The People and as an accomplished visual artist.

A number of speakers recounted Jeff’s life. The tributes were followed by a showing of his 2017 documentary, “Defender.”  The 80 minute film explores Jeff’s advocacy for people wrongfully accused in the criminal justice system and the plight of immigrant families under the current Trump regime. 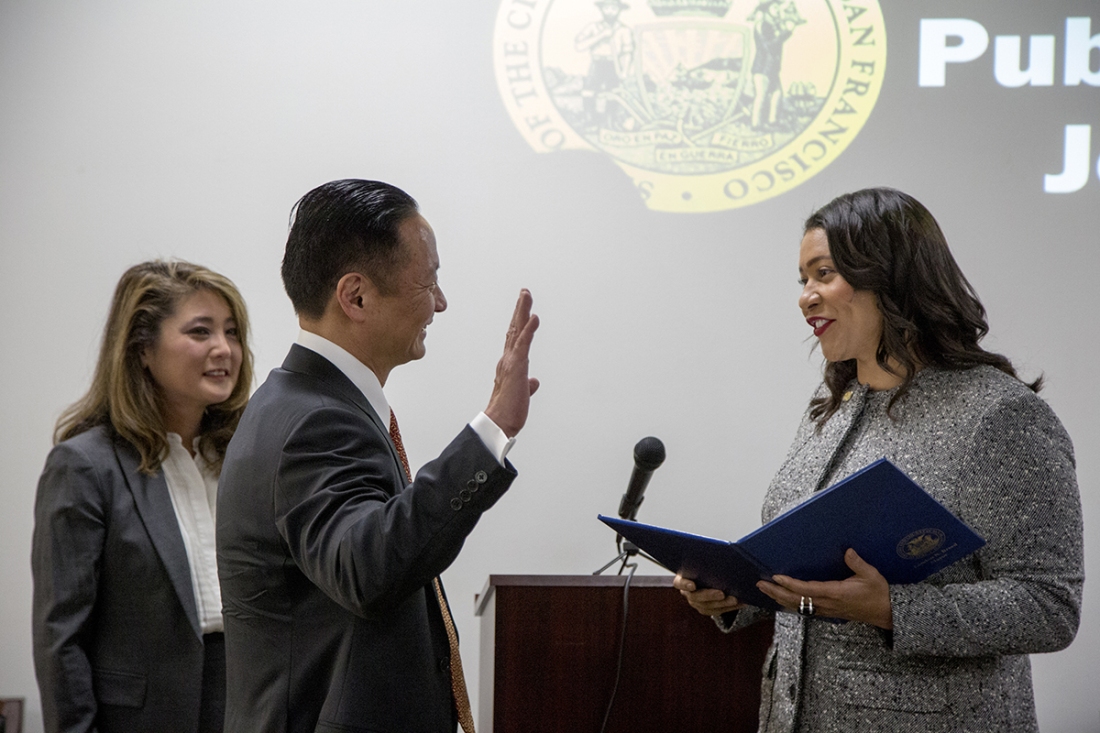 All the tributes to Jeff come at a time when Mayor London Breed, shown above swearing in Jeff to his latest and sadly last term in office in January is pondering who to choose as a successor.

Should the Mayor choose a “political hack” as the San Francisco Chronicle noted on March 1, it would be a monumental political gaffe. The most qualified person and obvious choice is the current acting Public Defender, Matt Gonzalez. He was named Chief Trial Attorney by Jeff in 2011 and undoubtedly would best carry forward his legacy.

Should Matt not get the nod, it’s a sure bet the dogs will be unleashed to howl their dismay. One of whom sits below in front of the Asian Art Museum. 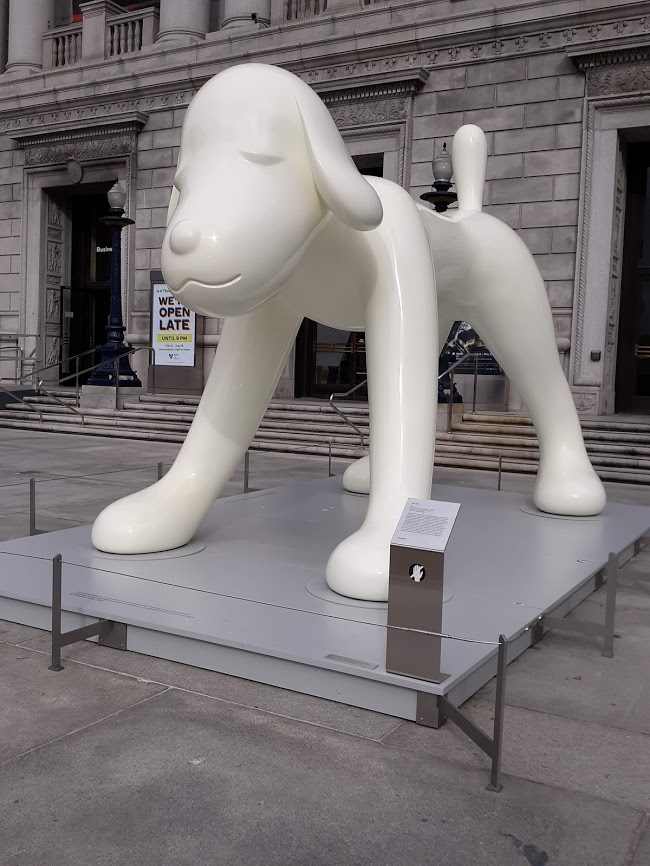 “Tribute” and Dog photo above by Lee Heidhues