President Trump condemned the March 15 Christchurch, New Zealand attacks in which Australian terrorist Brenton Tarrant, 28,  killed 49 people at Muslim mosques, but his administration has spent the last three years emboldening white nationalists and neo-Nazis, cracking down on left-wing activists, and mainstreaming anti-immigration conspiracy theories tinged with anti-Semitic undertones not dissimilar to those promulgated by Tarrant. 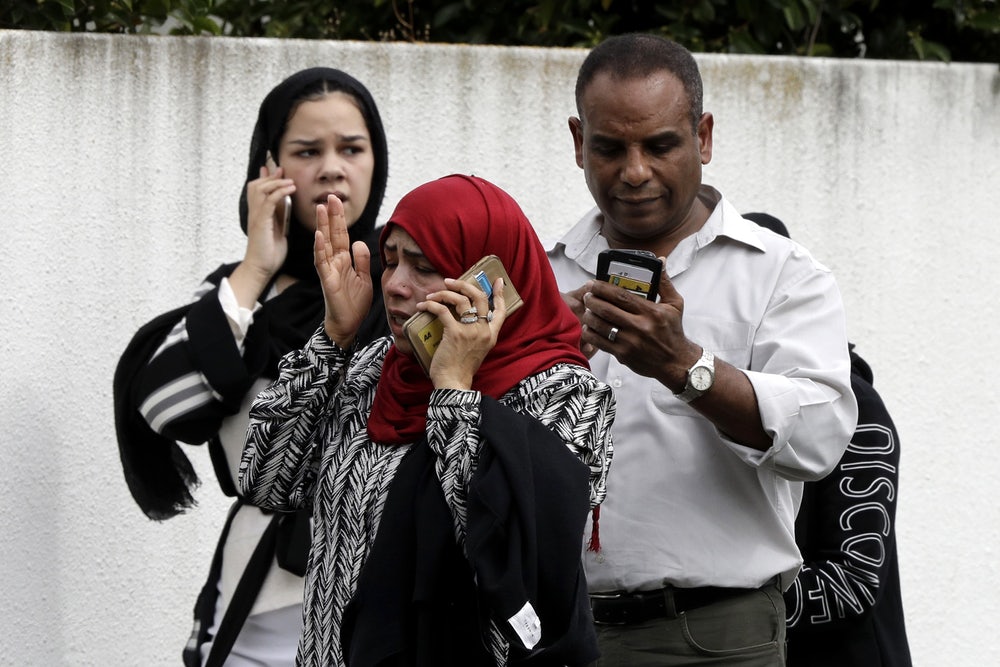 Trump called the attacks a “horrible, horrible thing” before quickly pivoting to the topic of immigration. “People hate the word invasion, but that’s what it is,” he said.

In October, the president addressed an audience of supporters at a campaign rally in Houston, Texas. He prompted “USA!” chants from the crowd when he declared himself a “nationalist” fighting against “power-hungry globalists.”

During the 2018 midterm elections, Trump maligned a U.S.-bound caravan of refugees and migrants as an “invasion,” a conspiracy theory repeated by white nationalist Robert Bowers when he gunned down worshippers at a Pittsburg synagogue last November. The Christchurch shooter used eerily similar language in a blog post on Thursday: “I will carry out an attack against the invaders,” he wrote, apparently referring to Muslim immigrants.

The similarities are not going unnoticed. “In this case, a killer attacked Muslims worshiping at two mosques. In November, a killer massacred Jews at a synagogue in Pittsburgh,” Southern Poverty Law Center President, Richard Cohen said Friday. “Though the victims were different, and the attacks came in different parts of the world, the terrorists shared the same ideology of white supremacist hate.”