Taking a break from the daily news. Watching Ridley Scott’s 2007 film “American Gangster.”  As the movie promotes itself, “Based on a true story.”  Interesting, gripping, violent, well acted and fast paced by the Director of Blade Runner. Simultaneously, I am reading the 2017 novel by Don Winslow, “The Force.” In the photo above Denzel Washington, portraying real life New York gangster Frank Lucas, walks the street with members of his family. 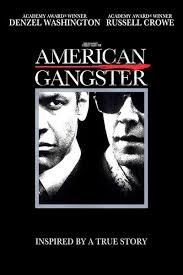 The Force is just as gritty as American Gangster and equally riveting.