The “Progressive” Congresswoman shows some Class in standing up for the unjust treatment of Paul Manafort and Chelsea Manning, shining a spotlight on the torture of Solitary Confinement.

Rep. Alexandria Ocasio-Cortez on Wednesday took up an unlikely cause — the plight of convicted fraudster Paul Manafort.

The progressive lawmaker expressed alarm at reports that President Donald Trump’s former campaign chairman would likely be held in isolation after his expected transfer to Rikers Island — the New York City jail complex is in her congressional district — to face additional state fraud charges.

“A prison sentence is not a license for gov torture and human rights violations. That’s what solitary confinement is,” Ocasio-Cortez tweeted. “Manafort should be released, along with all people being held in solitary.”

The freshman lawmaker doubled downon her comments when told that Manafort may technically be placed in protective custody. She tweeted that protective custody is a separate method, but “does not necessarily exclude solitary. If he is in fact not being held in solitary, great. Release everyone else from it, too.” 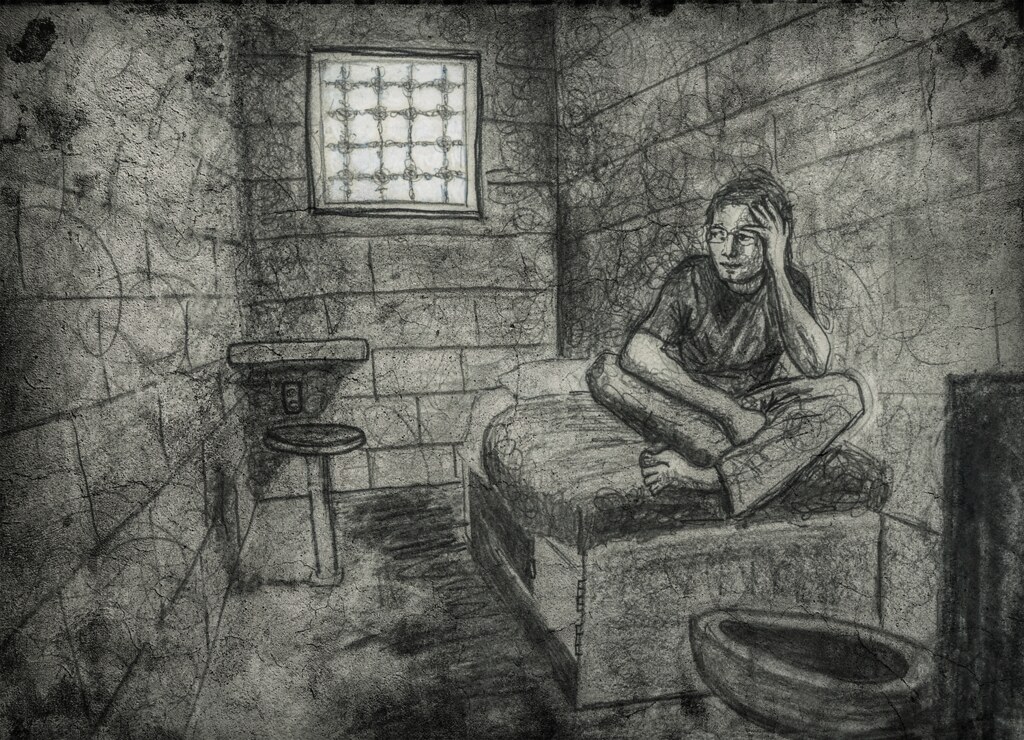 Manafort was relocated in April to a minimum-security prison in Waymart, Pa., where he’s serving a 7 ½-year sentence for a series of lobbying, money laundering, financial fraud and witness tampering crimes.

His final list of indictments included 16 counts of fraud and one of conspiracy. Todd Blanche, Manafort’s New York-based lawyer handling the state case, said in an interview he’d make a request to the state judge presiding over the new charges to have his client returned to the Pennsylvania federal facility after his arraignment, rather than have Manafort kept at a city jail.

Blanche said he did not know when that arraignment would take place — he expected about 24-hours notice. He also said he remained in the dark as to whether Manafort would even be brought to Rikers but said he expected state jail supervisors would need to take into account Manafort’s high-profile status when considering whether to put him in a protected area or added to the general population.

“Safety is a big concern,” he told POLITICO.

New York City Mayor Bill de Blasio on Tuesday said at a news conference that Manafort will not be given special treatment at Rikers beyond measures needed for security.