This is a place America needs to be politically

The opposition Greens have hit a record high in a new opinion poll, pulling ahead of Angela Merkel’s conservatives. The center-left SPD have dropped even further, slipping behind the far-right Alternative for Germany. 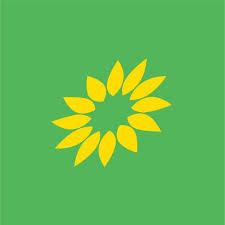 In last month’s European Parliament elections, the Greens came second among German voters with 20.5%, behind Merkel’s bloc, with a mandate focused on issues such as climate change and a renewables-based economy.

In another boon for the Greens, the party’s dual leadership of Robert Habeck and Annalena Baerbock polled at 36% and 26% respectively, placing them fourth and sixth as preferred national politicians in Thursday’s findings published by Germany’s ARD public broadcaster.