Solomon Teka, a 19-year-old Israeli of Ethiopian origin, was shot dead by an off-duty police officer on Sunday in a town near Haifa. The teenager’s killing stoked accusations of racism and police brutality in Israel. 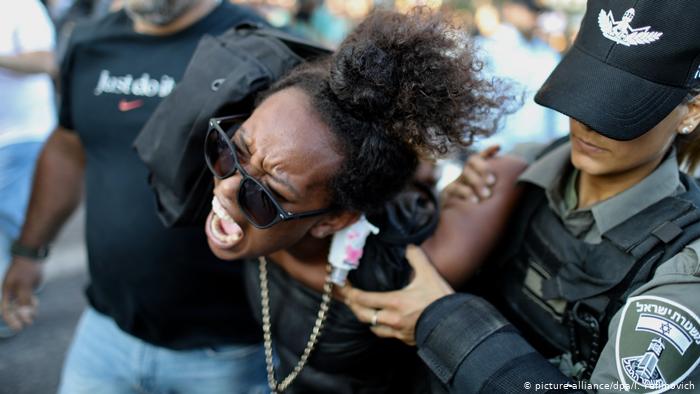 Teka’s killing has sparked a debate in Israel about racism and police brutality. The Ethiopian Jewish community in Israel is particularly outraged by the incident, saying they live in constant fear of police harassment due to their black skin color.

Israeli activists and Ethiopian Jews protested for a third straight day on Wednesday against the killing of a young Ethiopian Israeli by an off-duty police officer.

Security was beefed up in the town of Kiryat Ata in northern Israel, near Kiryat Haim where Solomon Teka was shot dead on Sunday.

The Wednesday protest was relatively calmer than the first two days of demonstrations, when protesters burnt tyres and blocked roads.

In Tel Aviv, Israel’s economic capital, around 100 people scuffled with police on Wednesday in an attempt to block a road.

At least 111 police officers have been wounded by stones, bottles and petrol bombs during the three days of protests.