Elizabeth Warren and Bernie Sanders formed a tag team on the debate stage to defend their liberal policies against moderates on the attack.   New York Times

The “Progressives” should be smart enough to avoid a self-immolation by internecine warfare.  Only one person will benefit. 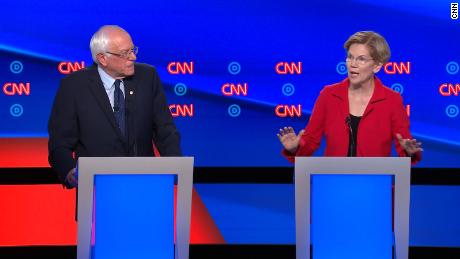