The families of the 36 dead people are in a state of shock.  In Oakland it would be very tough to get a conviction.  Why?  The District Attorney did not charge City officials or the owners of the property with any criminal wrongdoing.  Instead, the DA went for the proverbial easy Mark, the building managers. In the end the Jurors determined something was not right with the Prosecution’s strategy.

The defendants, not necessarily stellar citizens, had a very aggressive and competent Defense team who fought for their clients.  That is what Lawyers should be doing.

Still, the exultation shown by at least one defense counsel following the verdict is classless given the traumatic events of the Ghost Ship fire.

Almost three years after a fire ripped through an Oakland warehouse and killed 36 people, jurors in the Ghost Ship criminal trial acquitted one defendant of involuntary manslaughter Thursday and hung on the guilt of the warehouse’s master tenant. 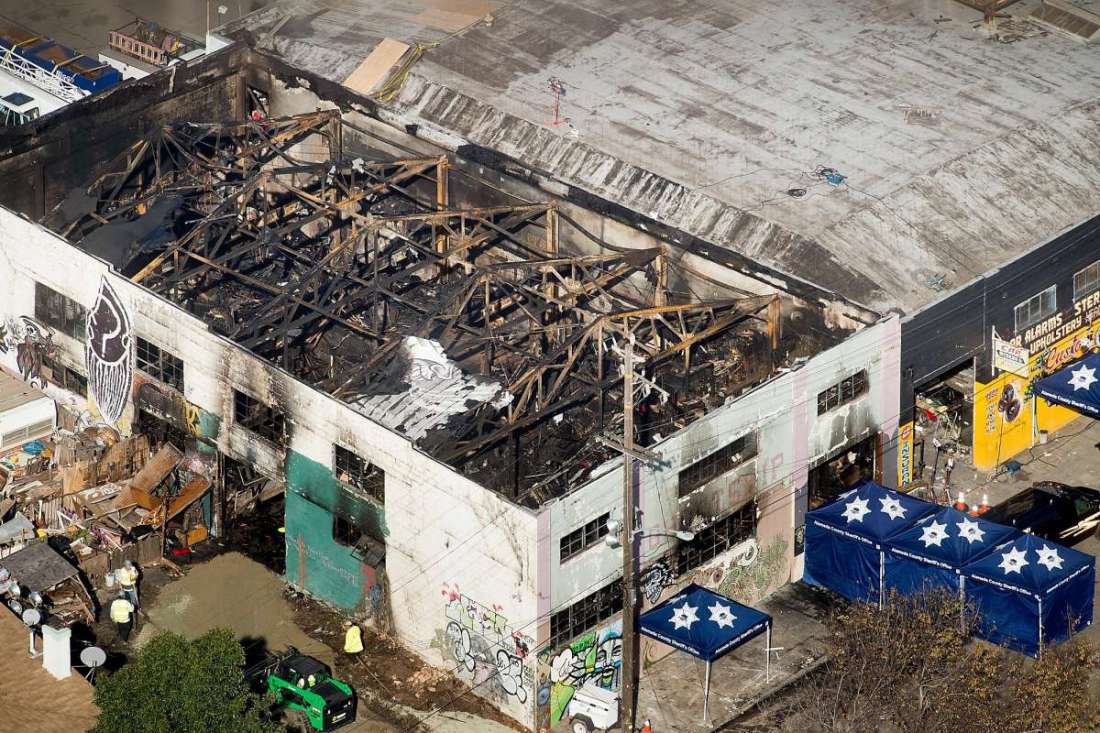 Max Harris, 29, walked out of jail in Dublin on Thursday night and Derick Almena, 49, spent another night in his jail cell, as prosecutors decide whether to retry him on the 36 charges of involuntary manslaughter.

Each faced up to 39 years in prison if convicted on all charges stemming from the deadly Dec. 2, 2016, inferno at an electronic music party in Oakland’s Fruitvale neighborhood. Five months after the trial began, jurors found Harris not guilty, while only 10 of the 12 jurors could agree Almena was guilty of negligence in turning the warehouse into a deadly firetrap.